The oral arguments of the case Golan v. Saada (20-1034) will take place tomorrow (Tuesday 22 March 2022) at 10 am Washington DC time before the US Supreme Court. For the argument transcripts and audio, click here. The live audio will be available here.

We have previously reported on this case here and here.

The Hague Convention on the Civil Aspects of International Child Abduction requires return of a child to his or her country of habitual residence unless, inter alia, there is a grave risk that his or her return would expose the child to physical or psychological harm. The question presented is:

Whether, upon finding that return to the country of habitual residence places a child at grave risk, a district court is required to consider ameliorative measures that would facilitate the return of the child notwithstanding the grave risk finding.” (our emphasis)  Read more...

The conflict of laws has traditionally drawn a sharp distinction between jurisdiction and applicable law. The conventional approach suggests that a court only reaches the question of the law to be applied to the merits after the tribunal has determined that it has the power to adjudicate the action. Common law systems have however long recognised that a court has a discretion to accept or decline jurisdiction (determine the appropriate forum) and that a relevant factor in this discretion is the applicable law.  Read more...

Should courts in the United States refuse to recognize and enforcement Chinese court judgments on the ground that China does not provide impartial tribunals or procedures compatible with the requirements of due process of law? Last April, a New York trial court said yes in Shanghai Yongrun Investment Management Co. v. Kashi Galaxy Venture Capital Co., relying on State Department Country Reports as conclusive evidence that Chinese courts lacked judicial independence and suffered from corruption. As Professor Wenliang Zhang and I pointed out on this blog, the implications of this decision were broad. Under the trial court’s reasoning, no Chinese judgment would ever be entitled to recognition in New York or any of the other U.S. states that have adopted Uniform Acts governing foreign judgments. Moreover, U.S. judgments would become unenforceable in China because China enforces foreign judgments based on reciprocity. But on March 10, just three weeks after oral argument, New York’s Appellate Division answered that question no, reversing the trial court’s decision.

As background, it is important to note that the recognition and enforcement of foreign country judgments in the United States is generally governed by state law. Twenty-eight states and the District of Columbia have enacted the 2005 Uniform Foreign-Country Money Judgments Recognition Act. In nine additional states, its predecessor, the 1962 Uniform Foreign Money-Judgments Recognition Act, remains in effect. At the time of the trial court’s decision, the 1962 Uniform Act governed in New York, but it was superseded by the 2005 Uniform Act on June 11, 2021. Both Uniform Acts provide for the nonrecognition of a foreign judgment if “the judgment was rendered under a judicial system that does not provide impartial tribunals or procedures compatible with the requirements of due process of law.”  Read more...

On 7 March 2022, the Conclusions & Decisions of the governing body of the Hague Conference on Private International Law (HCCH), i.e. the Council on General Affairs and Policy (CGAP), were released. Click here for the English version and here for the French version.

For official information on the ceremony of signatures and ratifications of instruments, click here (HCCH news item). For our previous post on the signature of the USA of the 2019 Judgments Convention, click here.

Although a wide range of topics was discussed, I would like to focus on two: publications and future meetings.

This meeting was very fruitful in getting the necessary approval for HCCH publications. There were three publications approved, ranging from family law to access to justice for international tourists.

Yesterday (1 March 2022) the Institute of International Law approved a declaration on the aggression in Ukraine. The declaration is available by clicking the following links:

The current developments in Ukraine and the measures and sanctions currently in place have undoubtedly an impact across all areas, including private international law. See for example the measures adopted by the European Union here.

I include an excerpt of the declaration below:

The Institute recalls that the ongoing military operations call ipso facto for the application of international humanitarian law, including the rules relating to occupation, as well as all the other rules applicable in times of armed conflict. It recalls also that persons responsible for international crimes as defined by international law may be prosecuted and sentenced in accordance with the law in force.  Read more... 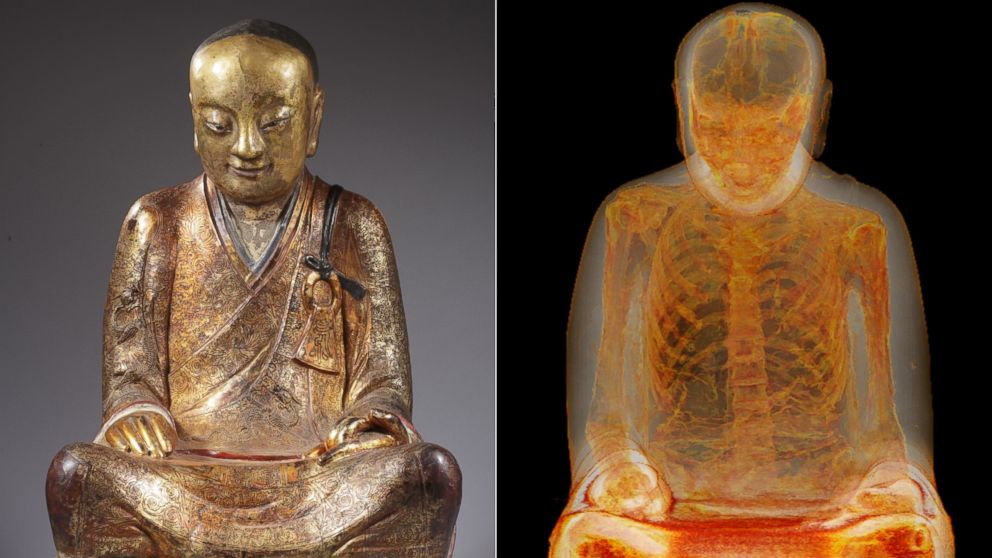 Written by Pilar Jiménez Blanco about her book:

The Regulation (EU) No 2016/1103 is the reference Regulation in matters of cross-border matrimonial property regimes. This book carries out an exhaustive analysis of the Regulation, overcoming its complexity and technical difficulties.  Read more...

Neerav Srivastava, a Ph.D. candidate at Monash University offers an analysis on whether the Chapter 2 general protections in the Australia’s Competition and Consumer Act 2010 are mandatory laws.

Online Australian consumer transactions on multinational platforms have grown rapidly. Online Australian consumers contract typically include exclusive jurisdiction clauses (EJC) and foreign choice of law clauses (FCL). The EJC and FCL, respectively, are often in favour of a US jurisdiction. Particularly when an Australian consumer is involved, the EJC might be void or an Australian court may refuse to enforce it.[1] And the ‘consumer guarantees’ in Chap 3 of the Australian Consumer Law (‘ACL’) are explicitly ‘mandatory laws’[2] that the contract cannot exclude. It is less clear whether the general protections at Chap 2 of the ACL are non-excludable. Unlike the consumer guarantees, it is not stated that the Chap 2 protections are mandatory. As Davies et al and Douglas[3] rightly point out that may imply they are not mandatory. In ‘Indie Law For Youtubers: Youtube And The Legality Of Demonetisation’ (2021) 42 Adelaide Law Review503, I argue that the Chap 2 protections are mandatory laws.

The Chap 2 protections, which are not limited to consumers, are against:

If the Chap 2 protections are mandatory laws, that is practically significant. Australian consumers and others can rely on the protections, and multinational platforms need to calibrate their approach accordingly. Australia places a greater emphasis on consumer protection,[4] whereas the US gives primacy to freedom of contract.[5] Part 2 may give a different answer to US law. For example, the YouTube business model is built on advertising revenue generated from content uploaded by YouTubers. Under the YouTube contract, advertising revenue is split between a YouTuber (55%) and YouTube (45%). When a YouTuber does not meet the minimum threshold hours, or YouTube deems content as inappropriate, a YouTuber cannot monetise that content. This is known as demonetisation. On the assumption that the Chap 2 protections apply, the article argues that  Read more...

Carlos Santaló Goris, Researcher at the Max Planck Institute Luxembourg for International, European and Regulatory Procedural Law and Ph.D. candidate at the University of Luxembourg, offers an analysis of the Spanish statistics on the European Small Claims Procedure.

The use of the Regulation establishing the European Payment Order (“EPO Regulation”) experienced a similar fluctuation between 2018 and 2020. Since its entry into force, the EPO Regulation was significantly more prevalent among Spanish creditors than the ESCP Regulation. Between 2011 to 2020, there were an average of 940 EPO applications per year. Nonetheless, from 2017 to 2019, the number of EPO applications increased 4.451%: just in 2019, 29,151 EPOs were issued in Spain. In 2020, the number of EPOs decreased to 21,636. the massive boost in EPO applications results from creditors’ attempts to circumvent EU consumer protection standards under the Spanish domestic payment order. 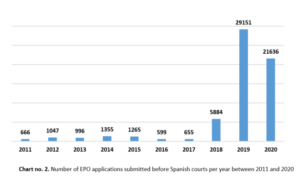 Today, in the case of OE ./. VY, C-522/20 (no Opinion was delivered in these proceedings), the ECJ decided on a fundamental point: whether nationality as a (supplemental) connecting factor for jurisdiction according to Article 3 lit. a indent 6 of the Brussels IIbis Regulation (2201/2003) concerning jurisdiction and the recognition and enforcement of judgments in matrimonial matters and the matters of parental responsibility is in conformity with the principal prohibition of discrimination against nationality in the primary law of the European Union (Art. 18 TFEU).

Article 18 TFEU reads: “Within the scope of application of the Treaties, and without prejudice to any special provisions contained therein, any discrimination on grounds of nationality shall be prohibited. …”.