The Mexican Academy of Private International and Comparative Law (AMEDIP) will be holding its annual XLV Seminar entitled “Private International Law in the conformation of a new international order” (el derecho internacional privado en la conformación de un nuevo orden internacional) from 16 to 18 November 2022. The venue is still to be determined but it is likely to be a hybrid event (online and on-site).

The main focus of the seminar will be to analyse the Proyecto de Código Nacional de Procedimientos Civiles y Familiares (draft National Code of Civil and Family Procedure, which includes Private International Law provisions and whose objective is to replace all the existing states’ legislation on the matter -32-), and the hotly debated litigation regarding non-contractual obligations arising out of a tort/delict resulting from the illicit traffic of firearms (the case of Mexico vs. Smith and Wesson), among other matters.  Read more...

The latest issue (2022/2) of the Dutch/English journal  Nederlands Internationaal Privaatrecht is dedicated to cross-border involvency.

(Publication of this book was announced earlier over here.

Preview: This timely required up-to-date book provides a systematic detailed study about all-encompassing Private International Law (PIL) issues concerning jurisdiction, choice of law, and recognition and enforcement of foreign judgments/decrees/arbitral awards in India. Considering the new developments in the field of technology and the internet, the book seems to be useful, and thus, can be relied upon by judiciary and policy and lawmakers in India and South Asian countries in order to develop a coherent and robust jurisprudence on PIL. It will consequently help enhance transparency, foster predictability, and harmonise the rules/principles of PIL in India.  Read more...

A comprehensive and detailed volume by Dr. Lenka Válková was just released providing a dedicated analysis of the private international law framework as it applies to jurisdiction agreements in the framework of the EU Regulations in family and succession matters.

Even after Brussels IIb‘s coming into force (that we reported on last week), the Court of Justice of the EU issued its judgment in case C-501/20. The case remains relevant, also under the new Regulation. The Court had the opportunity to not only add to its case law on habitual residence, but also to clarify three other matters: first, the Regulation’s and the Maintenance Regulation‘s relation to the Vienna Convention on the Law of Treaties, specifically with regard to diplomatic immunity; second, the Brussels IIa‘s relation to domestic bases of jurisdiction; and third (and related to the second point), the forum necessitatis.

The case concerned the divorce and related disputes between a Spanish national and a Portuguese national. The couple had two children, who had dual Spanish-Portuguese nationality. The family lived first in Guinea-Bissau and later in Togo. The parents were posted at these places as EU delegates of the European Commission. They separated factually while still living in Togo. The mother then brought divorce proceedings, including the issues of parental responsibility and maintenance, in Spain. This court had to decide on its jurisdiction, which raised various issues.  Read more...

The International Commission on Civil Status (ICCS / CIEC in French) is organising a conference on 21 September 2022 entitled: ICCS plurilingual forms Present and future of international cooperation in civil status matters.

This event is being held on the occasion of the entry into force of the Convention (n°34) relative à la délivrance d’extraits et de certificats plurilingues et codés d’actes de l’état civil for the following States: Belgium, Germany and Switzerland (as of 1 July 2022).

Speeches and discussions will be in French or English with simultaneous interpretation.

The venue of the conference is Château de Pourtalès, 161, rue Mélanie, 67000 STRASBOURG – France.

Registration is free of charge but mandatory. Interested persons should send a message to:

Below is the agenda (see also here Conference program):

Jeannine Dennewald, President of the ICCS

(by Krzysztof Pacula and Thalia Kruger)

Starting from 1 August 2022, the Regulation (EU) 2019/1111 of 29 June 2019 on jurisdiction, the recognition and enforcement of decisions in matrimonial matters and the matters of parental responsibility, and on international child abduction (recast) became fully applicable, replacing the Brussels II Regulation. This Regulation is called Brussels IIter by some; Brussels IIb by others, Brussels IIbis (recast) by yet others, or simply Regulation 2019/1111 (thanks to its easy number). Brussels IIb will probably prevail, as this is the name that the Commission seems to be opting for.

I quite vividly recall that, during the opening lectures, one of the Professors welcomed the participants at the premises of the Academy, a few steps from the Peace Palace itself, and made an observation that, at that time, seemed as captivating as remote.

As my precise recollection of his words may be far less accurate than the memory of the impression they made on me, I paraphrase: when it comes to education in general, in years to come – he noted – it will be a privilege to be able to benefit from a physical presence of a teacher or professor, being there, in front of you, within the reach of your hand and of your questions.

At that time, just a few months prior to the beginning of the worldwide spread pandemics, even the Professor himself most likely did not realize the extent to which his words would soon prove prophetic.

That was, however, not the sole lecture that I recall vividly.

Among others, Professor Matthias Weller (University of Bonn, one of two general editors of CoL.net) presented his course titled ‘Mutual Trust’: A Suitable Foundation for Private International Law in Regional Integration Communities and Beyond?

The ninth EFFORTS Newsletter has just been released, giving access to up-to-date information about the Project, save-the-dates on forthcoming events, conferences and webinars, and news from the area of international and comparative civil procedural law.

For information, in particular, on the EFFORTS Final Conference (30 September 2022, University of Milan), see also our previous post here. 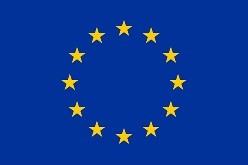