On 13 June 2022, the U.S. Supreme Court ruled that U.S. courts may not help arbitral tribunals sitting abroad in the taking of evidence. This is because in the opinion of the Court, such an arbitral tribunal is not a „foreign or international tribunal“ in the sense of 28 U.S.C. § 1782, which allows federal district courts to order the production of evidence for use in proceedings before such tribunals.

The decision concerned an institutional and an ad-hoc arbitration. The first, ZF v. Luxshare, was a commercial arbitration between two companies under the rules of the German Arbitration Institution (DIS). The second, AlixPartners v. Fund for Protection of Investors’ Rights in Foreign States, was an investment arbitration involving a disgruntled Russian investor and a failed Lithuanian bank; it was conducted under the UNCITRAL Arbitration Rules.

The opinion, written by Amy Coney Barrett, rejects assistance by U.S. courts in both cases, whether in the pre-arbitration phase or in the main arbitration proceedings. It was unanimously adopted by the Court.  Read more...

On 2 June 2022, the ECJ delivered its judgment in the case of T.N. et al. ./. E.G., C-617/20, on the interpretation of the ESR in relation to cross-border declarations of waiver of succession (on the facts of the case and AG Maciej Szpunar’s Opinion in this case see our previous post).

The Court followed the AG’s Opinion and concluded (para. 51) that

“Articles 13 and 28 of Regulation No 650/2012 must be interpreted as meaning that a declaration concerning the waiver of succession made by an heir before a court of the Member State of his or her habitual residence is regarded as valid as to form in the case where the formal requirements applicable before that court have been complied with, without it being necessary, for the purposes of that validity, for that declaration to meet the formal requirements of the law applicable to the succession”.  Read more... 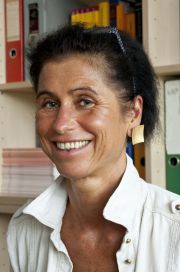 The presentation will be followed by open discussion. All are welcome. More information and sign-up here.

If you want to be invited to these events in the future, please write to veranstaltungen@mpipriv.de.

The new website of the Rivista di diritto internazionale privato e processuale (RDIPP) has just been launched and is available at rdipp.unimi.it.

Giving access to the complete collection of the journal’s Indexes (available both in Italian and in English), a set of useful databases to browse the journal’s content, and the Table of Content of the volumes published in the Book Series Studi e pubblicazioni della Rivista di diritto internazionale privato e processuale, this new online resource is designed to disseminate the wealth of knowledge accrued with more than fifty years of Italian and European scholarship and case-law in the field of private international and procedural law.  Read more...

With Case C?265/21, the CJEU is bound to add another chapter to the never-ending story of accurately describing the scope of the head of special jurisdiction for contracts in what is today Art. 7(1) Brussels Ia. The Opinion by AG Szpunar, which was published last week, might give readers an indication of what to expect.

The case arises out of an action for a declaration that the claimants are the owners of 20 works of art, which are currently in their possession. While the claimants argue that they have bought the pieces from their (step)mother, who had bought them from their two creators (the parents of the defendant), the defendant, a German domiciliary, claims that her parents had only temporarily stored the works in the gallery of the claimants’ (step)mother in Liège, Belgium. The case was dismissed in the first instance for lack of international jurisdiction as the Belgian court found itself unable to establish a contractual connection linking the claimants to the defendant.  Read more...