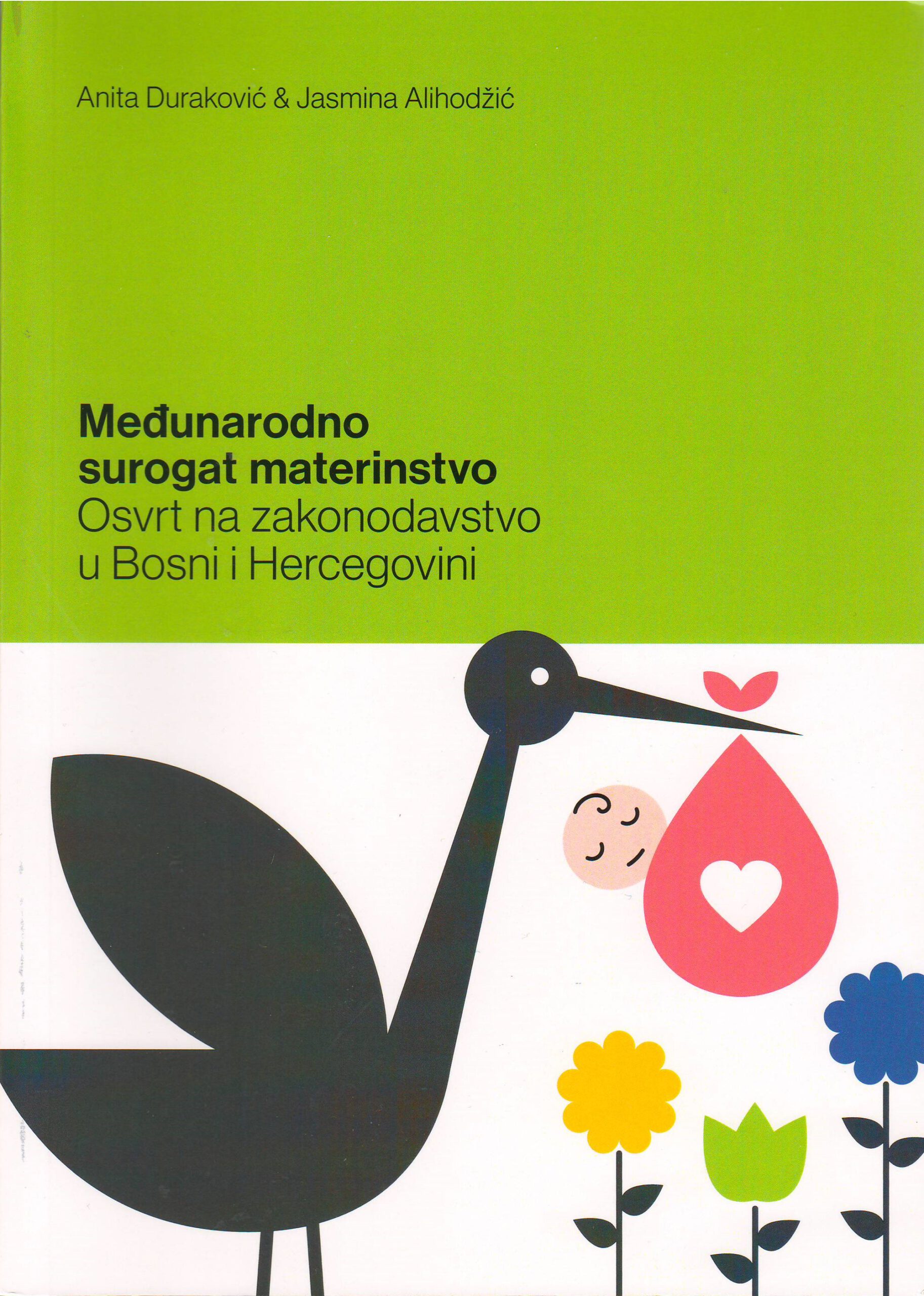 The book’s first pages are devoted to interdisciplinary approaches to the surrogacy phenomenon followed by the comparative perspective over substantive laws. The central part of the book is focused on the legislation in Bosnia and Herzegovina, where particularly interesting for the readers of this blog are the sections devoted to recognition of cross-border surrogacy arrangements there at three distinct levels: within the proceedings on the merits before the competent authorities in Bosnia and Herzegovina, as part of the recognition of the status certified by the foreign authentic document, and as part of the recognition of the foreign judgment in which the decision is made concerning the personal status. In evaluating the difficulties which incoming intended parents would be faced with in Bosnia and Herzegovina, especially against the background of the prohibition of surrogate motherhood in force in one of the territorial units there, the authors differentiate between situations where surrogate parents request issuing of the travel documents in order to enter Bosnia and Herzegovina with the child, and where subsequent to entering the country they attempt to regulate the child’s civil status. Further chapters are glancing through human rights aspects of the surrogate arrangements and efforts on international level to regulate these matters, particularly within the Hague Conference on Private International Law. The conclusion favours recognition of foreign authentic documents and judgments concerning the legal parenthood deriving from a surrogate arrangement as opposed to the long and costly family law proceedings to obtain decisions establishing fatherhood and adoption on the part of the mother. The authors also stress that the competent authorities need to take account of the best interest of the child when deciding in recognition proceedings and assessing whether to apply the public policy clause.

While this book offers some discussion on theoretical level, it is primarily intended to serve as a reference point for the competent authorities and potential intended parents as well as to advise legislator or the need to adjust legal framework. It would have been much more convincing if the actual cases rated to the Bosnia and Herzegovina could have been discussed. However, according to the authors, there are no official cases although it is known to have happened in practice. Perhaps this book will contribute to raising awareness not only among legal professionals but also in the local community about important interests at stake in surrogate parenting arrangements, especially that of the child.

Austria and the HCCH Service Convention: the last EU Member State to join and... Lord Jonathan Mance on the future relationship between the United Kingdom and...
Scroll to top