Matthew Happold is Professor of Public International Law at the University of Luxembourg and an associate tenant at 3 Hare Court, London. 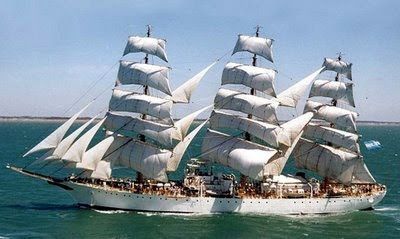 It will be recalled that on 2 October 2012, whilst on an official visit, the Argentinean naval training vessel the ARA Libertad was arrested in the Ghanaian port of Tema.  Its arrest was ordered by Justice Richard Adjei Frimpong, sitting in the Commercial Division of the Accra High Court, on an application by NML to enforce a judgment against Argentina obtained in the US courts (see here for the decision of the US Court of Appeals for the 2nd Circuit).   The judge considered that the waiver of immunity contained in the bond documents, which provided that:

To the extent the Republic [of Argentina] or any of its revenues, assets or properties shall be entitled … to any immunity from suit, … from attachment prior to judgment, … from execution of a judgment or from any other legal or judicial process or remedy, … the Republic has irrevocably agreed not to claim and has irrevocably waived such immunity to the fullest extent permitted by the laws of such jurisdiction (and consents generally for the purposes of the Foreign Sovereign Immunities Act to the giving of any relief or the issue of any process in connection with any Related Proceeding or Related Judgment).

extended to lift the vessel’s immunity from execution.  Argentina has strongly resisted this assertion of jurisdiction, claiming that it violates the immunity enjoyed by public vessels, which cannot be impliedly waived.  It appears that the vessel remains under the control of a skeleton crew, who have prevented any efforts by the Ghanaian authorities to move the vessel, whilst being preventing themselves from leaving port.

Both States being parties to UNCLOs, on 29 October 2012 Argentina instituted arbitration proceedings against Ghana under Annex VII UNCLOS (Ghana not having made a declaration under Article 287 UNCLOS: see Article 287(3)).  On 14 November 2012 Argentina applied to the International Tribunal for the Law of the Sea for the prescription of provisional measures prior to the constitution of the Annex VII tribunal (see ITLOS press release here).

The prescription of provisional measures by ITLOs is covered by Article 290(5), which provides that:

Pending the constitution of an arbitral tribunal to which a dispute is being submitted under this section, any court or tribunal agreed upon by the parties or, failing such agreement within two weeks from the date of the request for provisional measures, the International Tribunal for the Law of the Sea … may prescribe … provisional measures in accordance with this article if it considers that prima facie the tribunal which is to be constituted would have jurisdiction and that the urgency of the situation so requires.

However, even given the rather low hurdle to be vaulted, it is perhaps doubtful whether the first criterion (‘that prima facie the tribunal which is to be constituted would have jurisdiction’) can be satisfied.  Article 287(1) UNCLOS provides that such a tribunal ‘shall have jurisdiction over any dispute concerning the interpretation or application of this Convention’, and it is unclear whether the dispute falls within the provisions of UNCLOS.  Argentina may well have the law on its side as regards State immunity for warships.  It may be, however, that ITLOs and an UNCLOS Annex VII arbitral tribunal are not the right fora for the settlement of its dispute with Ghana.

It may well be, as argued by Argentina in its request for the indication of provisional measures (see here), that the Libertad is a warship for the purposes of Art 29 UNCLOs.  However, Article 32 then states:

With such exceptions as are contained in subsection A and in articles 30 and 31, nothing in this Convention affects the immunities of warships and other government ships operated for non-commercial purposes.

In addition to relaying on Article 32, Argentina also refers to the right of innocent passage and freedom of navigation (Articles 18(1)(b), 87(1)(a) and 90).  However, the Libertad was arrested whilst in port, within Ghanaian internal waters (Article 11 UNCLOS), so that it does not seem apt to see its seizure as impeding its right of innocent passage, still less its freedom of navigation.  If so, any arrest pursuant to judicial proceedings would be a similar violation.   It is also difficult to see the Libertad’s official visit to Tema as an incident of innocent passage.  Indeed, Argentina, in its request for provisional measures (paragraph 4), argues that the visit was specifically governed by an agreement between the two States, which would seem unnecessary were the vessel simply exercising an already-existing right.  Moreover, Article 28 UNCLOs provides that although a coastal State can only levy execution against or arrest a ship for the purpose of civil proceedings in respect of obligations or liabilities assumed or incurred by the ship herself in the course or for the purpose of her voyage through the waters of the coastal State, this limitation is without prejudice to the right of a coastal State:

which strongly suggests that the limitation itself only applies to vessels exercising their right of innocent passage within the coast State’s territorial sea, not those within its internal waters (as does the location of Article 28 within Part II of UNCLOS).  It is not Ghana’s assertion of a general jurisdiction to arrest ships within its ports and harbours that Argentina objects to, but its exercise of that jurisdiction with regard to a vessel which Argentina argues is immune from it.  In reality, the dispute revolves around whether, as a matter of international law, Ghana should accord State immunity to the ARA Libertad.  Argentina’s request, by spending 18 out of its 22 paragraphs of legal grounds on the matter, makes this point clearly. The other criterion for the prescription of provisional measures set out in Article 290(5) (‘urgency’) might be thought less problematic.  The provisional measures sought by Argentina, however, are that Ghana ‘unconditionally enables’ the Libertad  to leave Tema and Ghana’s jurisdictional waters, and to be resupplied to that end (paragraph 72bis, Argentina’s request for provisional measures).  Provisional measures are intended ‘to preserve the respective rights of the parties to the dispute … pending the final decision’ (Article 290(1)).  It cannot be said that the measures requested by Argentina do anything to preserve any rights Ghana might have.  Indeed, it prescribed, they would seem essentially to settle the dispute.  A case can be made for the release of the vessel, not least because NML has already made it clear that it would permit it on payment of US$20 million, but not, at this stage, unconditionally.

Interestingly, on 26 October 2012, just prior to commencing arbitration proceedings against Ghana, Argentina withdrew, ‘with immediate effect’ its declaration under Article 298 UNCLOs exempting disputes falling within Article 298(1)(a), (b) and (c) from the compulsory procedures entailing binding decisions  provided for in section 2 of Part XV of UNCLOS insofar as it concerned ‘military activities by government vessels and aircraft engaged in noncommercial service’.  Article 298(1)(b), which covers: ‘Disputes concerning military activities, including military activities by government vessels and aircraft engaged in non-commercial service …’  This may have been ex abundanti cautela.  Although the training of naval cadets could be seen as a military activity, a goodwill visit to Tema perhaps could not, still less the arrest, following a court order, of a vessel on such a visit.

As yet, Ghana’s attitude to the proceedings has not been revealed.  Argentina’s request for provisional measures (paragraph 39) indicates that the Ghanaian Government did argue before Justice Frimpong that the Libertad was immune from the jurisdiction of the Ghanaian courts.  However, acts of the Ghanaian courts are equally acts of the Ghanaian State and it is the court’s opinions which have prevailed and which Argentina complains about.  In general, it would seem that the Government is between a rock and a hard place.  It cannot overrule its court’s decisions without breaching domestic law. Indeed, it might even be, given NML’s penchant for litigation, that any interference with the judicial process leading to the Libertad’s release could give rise to a claim for denial of justice by NML under the UK-Ghana BIT.