On March 8-9, 2012, the Academy of European Law will host a conference on New Legislative Proposals on Cross-Border Litigation in Trier.

The conference will analyse the most important recent EU initiatives in the field of civil procedure: Brussels I, ADR & ODR, Collective Redress and Freezing of Bank Accounts.

Analysis of the most topical issues
Stefania Bariatti

A Bill for International Litigation was presented to the Congress of Peru in November 2011. Based on the Latin American Model Bill for International Litigation of 2004, it is an apparently simple draft – just ten articles-, which nevertheless covers some of the most important topics in cross-border litigation: service of process; evidence; damages (compensation); appeals; settlements; lis pendens; actionability; and mass claims.

The Peruvian project aims to provide a practical tool for Peruvians plaintiffs in Peruvian cross-border conflicts. Article 1 makes this task easier by accepting summons in any form admitted in the country where the documents are to be served, therefore allowing an enormous saving of time and money.

Article 2 declares the admissibility of evidence already used in a foreign proceeding; such materials will nevertheless be considered again by the Peruvian judge “according to the principles of sound criticism.” Only the relevant part of the foreign documents needs translation: again, a measure to save time and money.

Article 3 deals with damages, which will be awarded (calculated) following the parameters of the relevant foreign law. Though the conflict rule is adequate, it could still be improved through a favor laesi.  Read more...

We have previously reported on this case here. This is a collective redress action to seek damages resulting from the Volkswagen emission scandal (also known as Dieselgate).  Proceedings were commenced in the Netherlands against Volkswagen (Group) and involve other related parties such as Audi, Seat, Skoda, Porsche, Robert Bosch, importer(s) and dealers in the Netherlands and abroad. This action is made pursuant to the Dutch Collective Redress of Mass Damages Act (Wet afwikkeling massaschade in collectieve actie, WAMCA).

On 18 January 2021, a case management -pre-trial- hearing (regiezitting in Dutch) was held before the Amsterdam District Court. The purpose of this meeting was for all the parties involved to exchange views on “the desired sequence of subjects to be addressed in the initial phases of the WAMCA procedure”. This includes issues such as the jurisdiction of the Dutch court over the claims, the law that would be applicable to the case, the appointment of an Exclusive Representative Party, etc. For more information, click here.

As indicated before, one of the institutes / organisations seeking to be the exclusive representative in this collective redress action is Diesel Emissions Justice Foundation (DEJF).  The DEJF has stated that: “The [Amsterdam District Court] has indicated that a decision on the order of handling of [these] points can be expected on March 3.”  Read more...

As announced earlier on this blog, the Conference Frontiers in Civil Justice organized by the ERC team together with Ilja Tillema of Erasmus School of Law in Rotterdam, took place on 16 and 17 November 2020.

The conference addressed four key issues in civil justice, which require a deeper and renewed reflection in light of their contribution to facilitating access to justice. Those concern the shaping of the interaction between formal and informal justice (panel I), the digitalization of consumer dispute resolution (panel II), the collectivizing and monetizing of civil litigation (panel III) and justice innovation and frontier developments in civil justice (panel IV). Renowned speakers and selected speakers following a call for papers gave their views during the two-day conference that, although set up previously as a blended event with online as well as live attendance at Erasmus University in Rotterdam, was forced to move fully online due to the tightening of Covid-19 measures in the Netherlands.

The Needs and Challenges of Digitizing Justice in Europe (Keynote 1)
Read more... 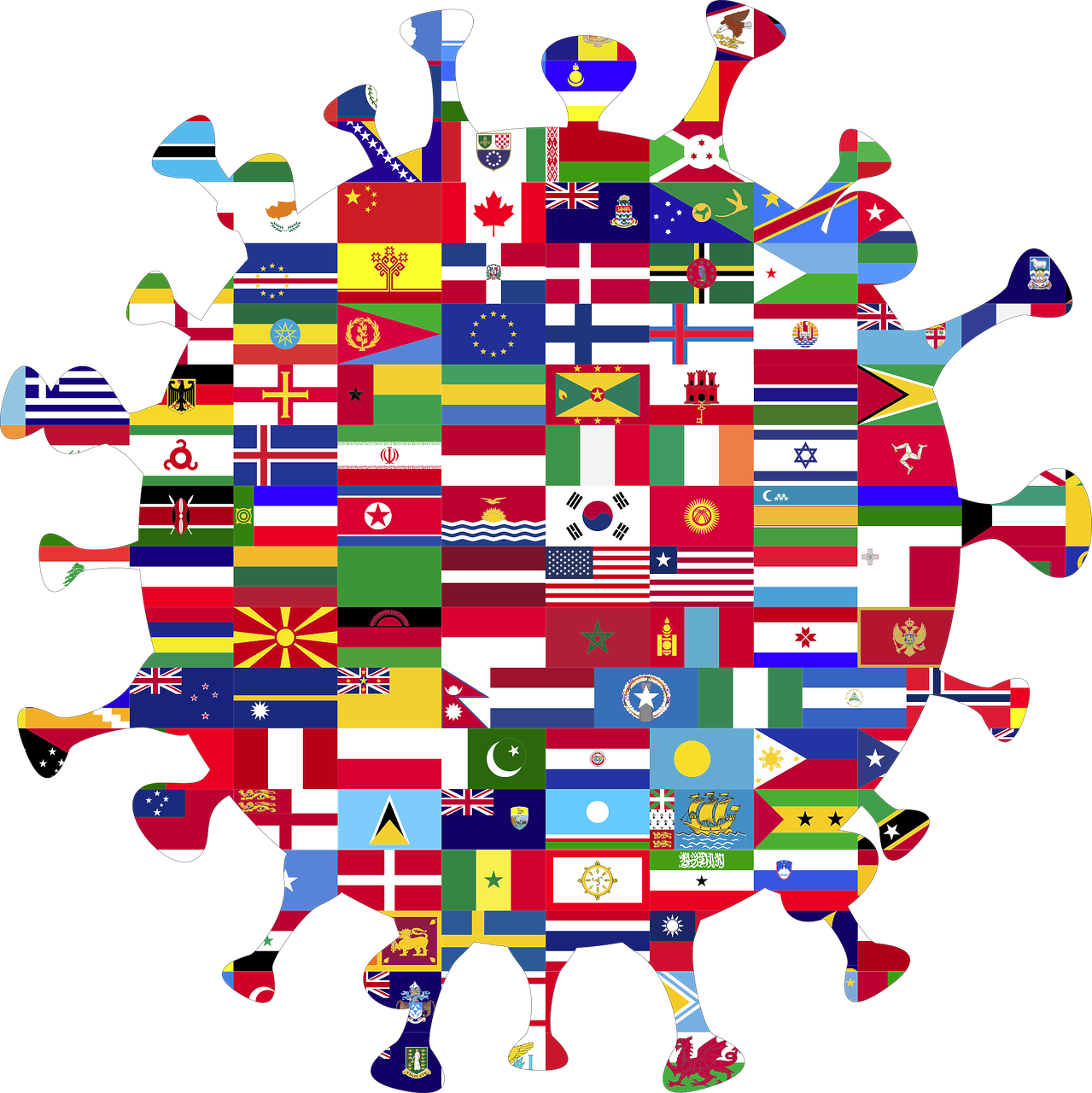 by Ralf Michaels and Jakob Olbing

Note: This repository will stay permanent at www.conflictoflaws.net/corona.
Please send additions to olbing@mpipriv.de

The coronavirus has created a global crisis that affects all aspects of life everywhere. Not surprisingly, that means that the law is affected as well. And indeed, we have seen a high volume of legislation and legal regulations, of court decisions, and of scholarly debates. In some US schools there are courses on the legal aspects of corona. Some disciplines are organizing symposia or special journal issues to discuss the impact of the pandemic on the respective discipline.  Read more...

The latest issue of the Zeitschrift für Europäisches Privatrecht (ZEuP 2/2019) features a very interesting article by the former president of the Groupe Européen de Droit International Privé (GEDIP), Christian Kohler, on “Comparative Law in Action at the Court of Justice of the European Union – European Conflict of Laws in Theory and Practice” (p. 337). In this autobiographical essay, Kohler traces his professional career from studying at the Free University of Berlin under the supervision of his academic teacher, the legendary Wilhelm Wengler, to becoming General Director at the European Court of Justice while also being part of European academia as an honorary professor for private international law, European civil procedural law and comparative law at the University of Saarbrücken. In particular, Kohler elucidates the practical working of the CJEU and the very important role that comparative legal research plays in preparing the Court’s rulings. Although, seen from the outside, the influence of comparative considerations is frequently not discernible in the Court’s decisions themselves – which, following the French style in this regard, contain neither footnotes nor lengthy doctrinal discussion –, Kohler vividly describes the enormous amount of work that was put into building a world-class legal library in Luxembourg and the intense use that the Advocates General and their scientific staff make of its resources. A fascinating read – highly recommended!

In the editorial of the same issue (p. 249), Alexandre Biard and our fellow conflictoflaws.net co-editor Xandra Kramer (Erasmus University Rotterdam) give a critical comment on “The EU Directive on Representative Actions for Consumers: a Milestone or Another Missed Opportunity?”. This article intends to contribute to ongoing policy discussions at the EU level by pointing out several loopholes in the current Commission’s proposal. After highlighting a few key elements of the proposed representative action, the authors focus on selected issues. They submit that first, in view of the ever-increasing globalisation of goods and services, a revision of European private international law rules is urgently needed for resolving cross-border mass claims. Secondly, they argue that the Commission’s proposal fails to fully consider new actors and new forms of mass litigation that are now emerging, in particular the rise of mass dispute entrepreneurs who are using online platforms and digital tools to structure and to create mass claims. Thirdly, the authors elaborate that the Commission’s proposal leaves several questions relating to the financing of mass litigation still unanswered.

Wolfgang Hau (University of Munich) analyses the decision of CJEU in the case C-467/16, ECLI:EU:C:2017:993 ? Brigitte Schlömp ./. Landratsamt Schwäbisch Hall, in which the Court decided that Articles 27 and 30 of the Lugano Convention must be interpreted as meaning that, in the case of lis pendens, the date on which a mandatory conciliation procedure was lodged before a conciliation authority under Swiss law is the date on which a “court” is deemed to be seized (p. 384).  Read more...

The fourth issue of 2013 of the Dutch journal on Private International Law Nederlands Internationaal Privaatrecht includes two contributions on the Commission Recommendation on Collective Redress and an article on the obligations of parties with regard to pleading and contesting jurisdiction under the Brussels I Regulation in the Netherlands.

For its new policy on collective redress the European Commission has chosen the form of a mere ‘Recommendation’ instead of a binding directive or regulation with respect to the violation of (consumer) rights granted under EU law. The Recommendation provides some basic principles on collective redress instruments which should be taken into account by the Member States when implementing injunctive or compensatory collective redress mechanisms. There is, however, no obligation for the Member States to implement such procedural tools. Despite the attempt at establishing common principles, the European legislature thus seems to accept a heterogeneous landscape of collective redress in Europe and has missed the opportunity to provide rules on international jurisdiction, recognition and the applicable law particularly designed for cross-border mass litigation. As a consequence forum shopping becomes even more important for plaintiffs in mass damage cases.  Read more... The Italian publishing house CEDAM has published a new volume on the review of the Brussels I regulation: “Recasting Brussels I“. The book, edited by Fausto Pocar, Ilaria Viarengo and Francesca Clara Villata (all from the Univ. of Milan) includes twenty-five papers divided into five parts, devoted to the scope of application (I), rules on jurisdiction (II), choice-of-court agreements (III), coordination of proceedings (IV) and recognition and enforcement of judgments (V).

PART I – SCOPE OF APPLICATION

The British Institute of International and Comparative Law will host a Conference on Extraterritoriality and Collective Redress on November 15th in London.

This event will provide a forum for the debate of latest developments in the area of international mass litigation.
The question of extraterritoriality of national legislation has been extensively discussed by the US Supreme Court in the Morrison case. The US position post Morrison shall be highlighted in comparison with the recent Dutch legislation on collective settlements. The speakers will comment on mass litigation phenomena from a global and a European position. A focus will also lie on the UK viewpoint regarding collective redress. Furthermore, the Brussels I framework and its suitability for cross-border collective claims will be covered as well as problems relating to the recognition of US class actions and of punitive damage judgments. Various experts from the US, UK, the Netherlands and other European countries will meet to discuss the status quo and the way forward from their different perspectives.  Read more...

Rights with third party effect (erga omnes rights, rights in rem) in digital assets may exist at four levels: (a) the level of physical manifestation of data on a medium; (b) the level of data as encoded information; (c) the functional level of data as digital content or services; and (d) the level of data as representation of rival assets. As yet, recognized conflict-of-law rules exist only for level (c), which has always been dealt with under international intellectual property law.  Read more...