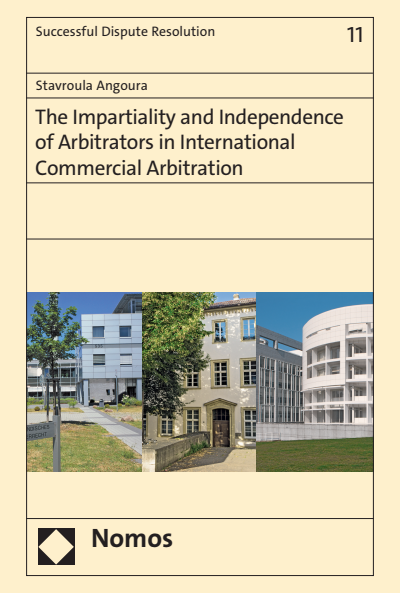 Impartiality is key to any kind of production of justice and probably one of the very few principles of “justice” recognized universally, see e.g. Amartya Sen, The Idea of Justice, Chapter 5: “Impartiality and Objectivity”, pp. 114 et seq. with references also to non-Western traditions, see also e.g. Leviticus 19:15 (New International Version): “Do not pervert justice; do not show partiality to the poor or favoritism to the great, but judge your neighbor fairly.”; see also e.g. IBA Rules of Ethics, rule 1: “Arbitrators shall … remain free from bias”. Thus, there cannot be put enough emphasis and thought on how to implement this command, for acting arbitrators as well as parties and reviewing state courts, when they ask themselves in countless greyish constellations how to behave or judge in order to avoid even the slightest perception of bias but also to abstain from unproductive “due process paranoia”. The PhD thesis by Angoura, supervised by Burkhard Hess and published in the Luxembourg Max Planck Institute’s series “Successful Dispute Resolution”, offers solid information and thorough analysis on a comparative basis – highly recommended.