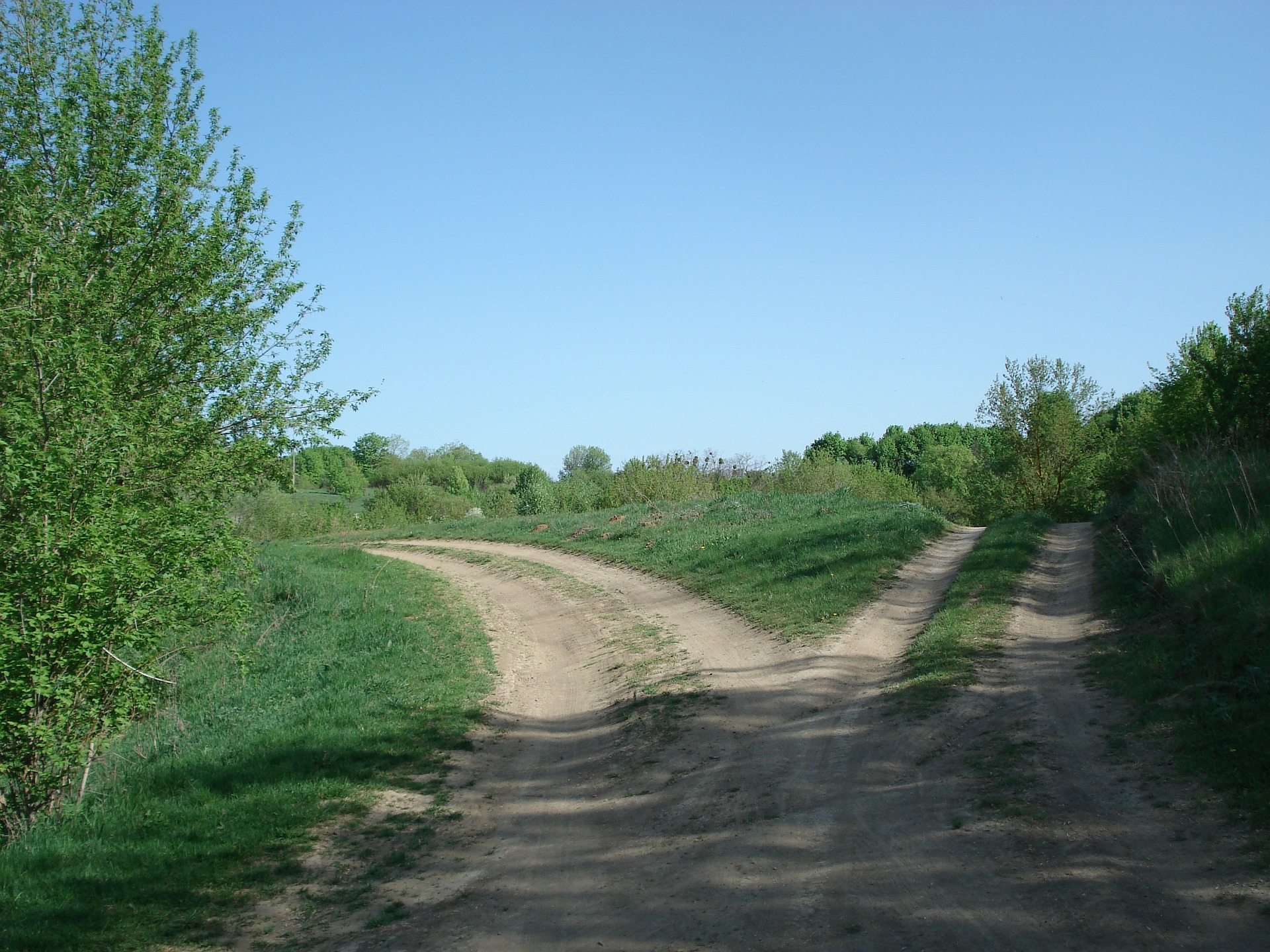 The belated conclusion of the UK-EU Trade and Cooperation Agreement did not dampen the impact of the UK’s departure from the European Union on judicial co-operation in civil matters between the UK’s three legal systems and those of the 27 remaining Members of the Union. At the turn of the year, the doors to the UK’s participation in the Recast Brussels I Regulation and the 2007 Lugano Convention closed. With no signal that the EU-27 will support the UK’s swift readmission to the latter, a new era for private international law in England and Wales, Scotland and Northern Ireland beckons.

The path that the United Kingdom has chosen to take allows it, and its constituent legal systems, to shape conflict of laws rules to serve the interests that they consider important and to form new international relationships, unfettered by the EU’s legislative and treaty making competences. This liberty will need to be exercised wisely if the UK’s legal systems are to maintain their positions in the global market for international dispute resolution, or at least mitigate any adverse impacts of the EU exit and the odour of uncertainty in the years following the 2016 referendum vote.

As the guidance recently issued by the Ministry of Justice makes clear, the UK’s detachment from the Brussels-Lugano regime will magnify the significance of the rules of jurisdiction formerly applied in cases falling under Art 4 of the Regulation (Art 2 of the Convention), as well as the common law rules that apply to the recognition and enforcement of judgments in the absence of a treaty relationship. This is a cause for concern, as those rules are untidy and ill-suited for the 21st century.

If the UK’s legal systems are to prosper, it is vital that they should not erase the institutional memory of the three decades spent within the EU’s area of justice. They should seek to capture and bottle that experience: to see the advantages of close international co-operation in promoting the effective resolution of disputes, and to identify and, where possible, replicate successful features of the EU’s private international law framework, in particular under the Brussels-Lugano regime.

With these considerations in mind, I began the New Year by suggesting on my Twitter account (@Ruritanian) ten desirable steps towards establishing a more effective set of conflict of laws rules in England and Wales for civil and commercial matters. Ralf Michaels (@MichaelsRalf) invited me to write this up for ConflictofLaws.Net. What follows is an edited version of the original thread, with some further explanation and clarification of a kind not possible within the limits of the Twitter platform. This post does not specifically address the law of Scotland or of Northern Ireland, although many of the points made here take a broader, UK-wide view.

First, a stand-alone, freshly formulated set of rules of jurisdiction replacing the antiquated service based model. That model (Civil Procedure Rules 1998, rr 6.36-6.37 (CPR) to be read with Practice Direction 6B) dates back to the mid-19th century and has only been lightly patched up, albeit with significant ad hoc extensions, since then. The new rules should demand a significant connection between the parties or the subject matter of the claim and the forum of a kind that warrants the exercise of adjudicatory jurisdiction. In this regard, the Brussels-Lugano regime and the rules applied by the Scots courts (Civil Jurisdiction and Judgments Act 1982, Sch 8) provide more suitable starting points than the grounds currently set out in the Practice Direction.

Taking this step would allow the rules on service to focus on the procedural function of ensuring that the recipient of a claim form or other document is adequately informed of the matters raised against it. It would enable the cumbersome requirement to obtain permission to serve a claim form outside England and Wales to be abolished, and with it the complex and costly requirement that the claimant show that England and Wales is the ‘proper place’ (ie clearly the appropriate forum) for the trial of the action. Instead, the claimant would need to certify that the court has jurisdiction under the new set of rules (as has been the practice when the rules of the Brussels-Lugano apply) and the defendant would need to make an application under CPR, Part 11 if it considers that the English court does not have or should not exercise jurisdiction. The claimant would bear the burden of establishing jurisdiction, but the defendant would bear the burden of persuading the court that it should not be exercised. This brings us to the second point.

Secondly, stronger judicial (or legislative) control of the expensive and resource eating Goffian forum conveniens model. Senior judges have repeatedly noted the excesses of the Spiliada regime, in terms of the time, expense and judicial resource spent in litigating questions about the appropriate forum (see, most recently, Lord Briggs in Vedanta Resources Plc v Lungowe [2019] UKSC 20, [6]-[14]), yet they and the rule makers have done little or nothing about it. In many ways, the model is itself to blame with its wide ranging evaluative enquiry and micro-focus on the shape of the trial. Shifting the onus to the defendant in all cases (see above) and an emphasis on the requirement that another forum be ‘clearly [ie manifestly] more appropriate’ than England would be useful first steps to address the excesses, alongside more pro-active case management through (eg) strict costs capping, a limit in the number of pages of evidence and submissions for each side and a greater willingness to require the losing party to pay costs on an indemnity basis.

Thirdly, a clipping of the overly active and invasive wings of the anti-suit injunction. English judges have become too willing to see the anti-suit injunction, once a rare beast, as a routine part of the judicial arsenal. They have succumbed to what I have termed the ‘interference paradox’ ((2020) 136 Law Quarterly Review 569): a willingness to grant anti-suit injunctions to counter interferences with their own exercise of jurisdiction coupled with an overly relaxed attitude to the interferences that their own orders wreak upon foreign legal systems and the exercise of constitutional rights within those systems. Moreover, the grounds for granting anti-suit injunctions are ill defined and confusing – in this regard, the law has travelled backwards rather than forwards in the past century (another Goffian project). Much to be done here.

Fourthly, steps to accede to the Hague Judgments Convention and to persuade others to accede to the Hague Choice of Court Convention. Although the gains from acceding to the Judgments Convention may be small, at least in the short term, it would send a strong signal as to the UK’s wish to return to centre stage at the Hague Conference, and in the international community more generally, and may strengthen its hand in discussions for a future Judgments Convention. By contrast, the success of the Hague Choice of Court Convention is of fundamental importance for the UK, given that it wishes to encourage parties to choose its courts as the venue for dispute resolution and to have judgments given by those courts recognised and enforced elsewhere.

Fifthly, a review of the common law rules for the recognition and enforcement of judgments, which are in places both too broad and too narrow. These rules have been little changed since the end of the 19th century. They allow the enforcement of foreign default judgments based only on the defendant’s temporary presence in the foreign jurisdiction at the time of service, while treating as irrelevant much more substantial factors such as the place of performance of a contractual obligation or place of commission of a tort (even in personal injury cases). Parliamentary intervention is likely to be needed here if a satisfactory set of rules is to emerge.

Sixthly, engagement with the EU’s reviews of the Rome I and II Regulations to test if our choice of law rules require adjustment. The UK has wisely carried forward the rules of applicable law contained in the Rome Regulations. Although not perfect, those rules are a significant improvement on the local rules that they replaced. The EU’s own reviews of the Regulations (Rome II currently underway) will provide a useful trigger for the UK to re-assess its own rules with a view to making appropriate changes, whether keeping in step with or departing from the EU model.

Seventhly, statutory rules governing the law applicable to assignments (outside Rome I) and interests in securities. The UK had already chosen not to participate in the upcoming Regulation on the third party effects of assignments, but will need to keep a close eye on the outcome of discussions and on any future EU initiatives with respect to the law applicable to securities and should consider legislation to introduce a clear and workable set of choice of law rules with respect to these species of intangible property. These matters are too important to be left to the piecemeal solutions of the common law.

Eighthly, a measured response to the challenges presented by new technology, recognising that the existing (choice of law) toolkit is fit for purpose. In December 2020, the UK Law Commission launched a consultation on Smart Contracts with a specific section (ch 7) on conflict of laws issues. This is a welcome development. It is hoped that the Law Commission will seek to build upon existing solutions for offline and online contracts, rather than seeking to draw a sharp distinction between ‘smart’ and ‘backward’ contracts.

Ninthly, changes to the CPR to reduce the cost and inconvenience of introducing and ascertaining foreign law. The English civil procedure model treats foreign law with suspicion, and places a number of obstacles in the way of its effective deployment in legal proceedings. The parties and their legal teams are left in control of the presentation of the case, with little or no judicial oversight. This approach can lead to uncertainty at the time of trial, and to the taking of opportunistic points of pleading or evidence. A shift in approach towards more active judicial case management is needed, with a move away from (expensive and often unreliable) expert evidence towards allowing points of foreign law to be dealt with by submissions in the same way as points of English law, especially in less complex cases.

Tenthly, measures to enhance judicial co-operation between the UK’s (separate) legal systems, creating a common judicial area. It is a notable feature of the Acts of Union that the UK’s constituent legal systems stand apart. In some areas (notably, the recognition and enforcement of judgments – Civil Jurisdiction and Judgments Act 1982, Sch 6 and 7), the rules operate in a way that allows the recognition of a single judicial area in which barriers to cross-border litigation have been removed. In other respects, however (for example, the service of documents, the taking of evidence and the ascertainment of foreign law), the UK’s legal systems lack the tools that would facilitate closer co-operation and the more effective resolution of disputes. The UK’s legal systems should consider what has worked for the EU, with its diverse range of legal systems, and for Commonwealth federal States such as Australia and work together to adopt comprehensive legislation on a Single UK Judicial Area.