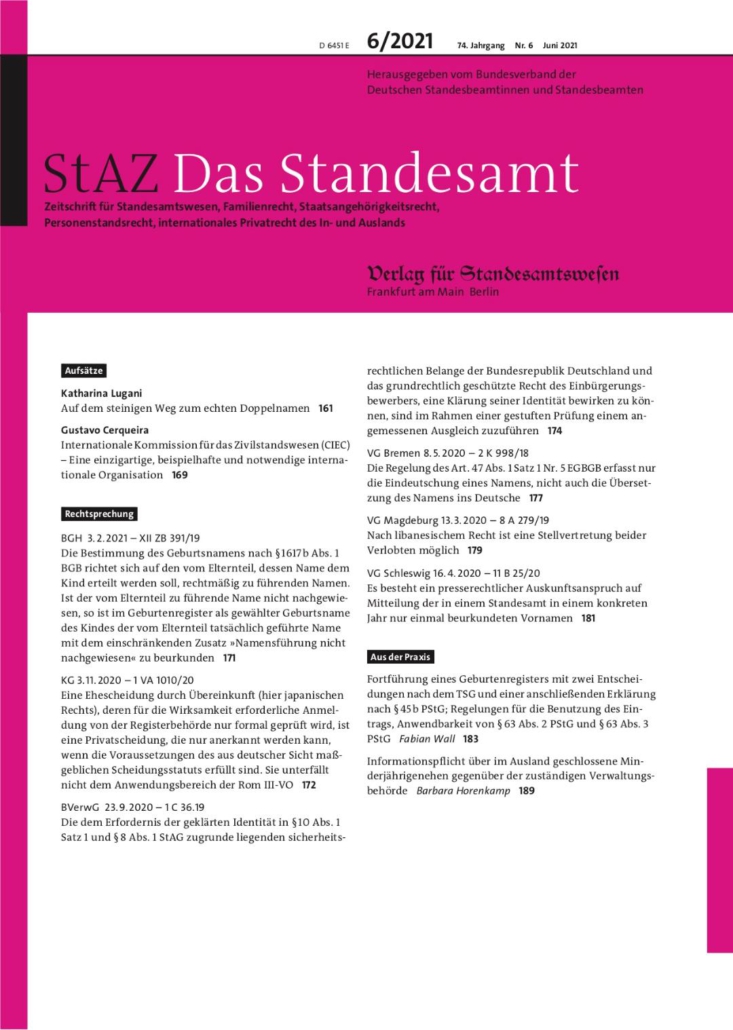 The summary below has been kindly provided by the author:

The International Commission on Civil Status has been working for seventy years for international cooperation in the field of civil status. In this period, 34 Conventions and 11 Recommendations were adopted. Notably, the Commission developed innovative methods, for example, multilingual Forms and Coding of entries in order to overcome translation problems related to civil status documents. Its results are remarkable to a point that some of its instruments serve as a model specially for the European Union.

Despite all the work already accomplished and the many projects still existing, the International Commission on Civil Status is now in risk of vanishing, mainly because of France and Germany’s recent withdrawal.

Still, its know-how is vital in the face of the new challenges posed by changes in the civil status of persons: same-sex marriage, medically assisted reproduction, surrogate motherhood, etc. In this context and for the common interest of present and future generations, rather than abandoning the Commission and the question of civil status in the international arena, it is more than ever time to get involved, by joining it and actively participating in its work.

In that perspective, the article constitutes a plea intended to convince the German authorities of course, but also those of other States, former members of the International Commission on Civil Status or not, to invest in it in order to save an institution which works in an essential field for private relations of an international character.

Such an investment would be all the more appropriate given that the International Commission on Civil Status has fundamentally changed its statutes and its mode of operation in recent years. For example, English is now the second official language of the Commission beside French.

These efforts must henceforth be accompanied. If this were not the case, the risk of losing all the patiently drawn up normative acquis which goes well beyond civil status in the strict sense but also affects family and nationality law exists.

The article is part of an awareness campaign carried out by eminent Authors for several months now.