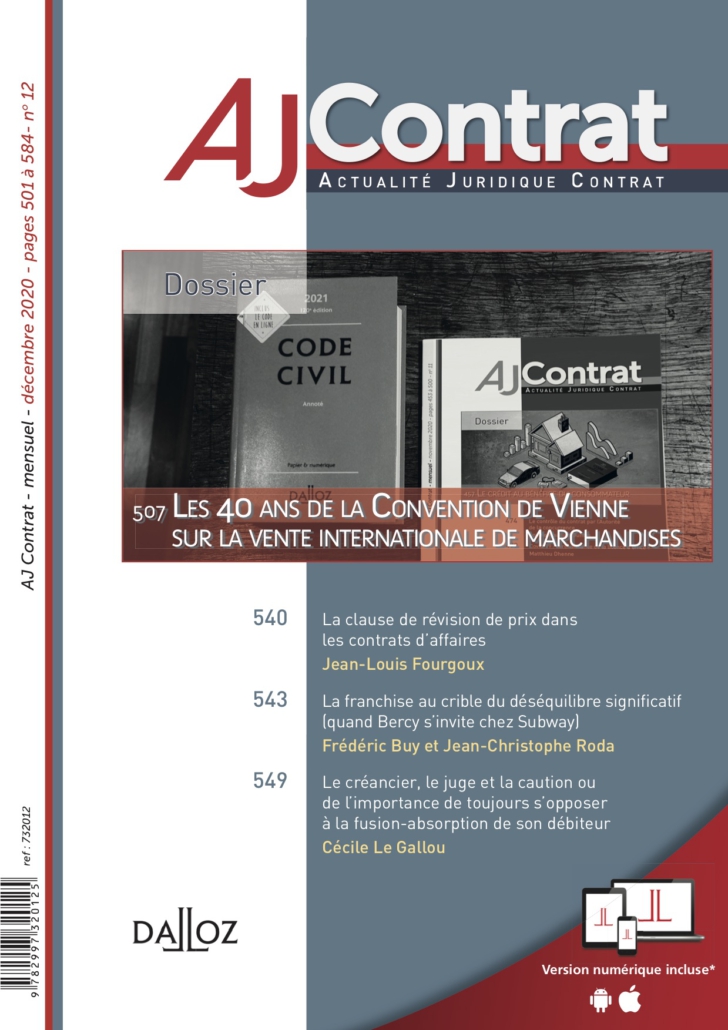 The new issue of the AJ Contrat (12/2020) Dalloz contains a special dossier to mark the 40th Anniversary of the United Nations Convention on Contracts for the International Sale of Goods (CISG), prepared by Gustavo Cerqueira, full professor at the University of Nîmes, France (in French).

The dossier foreword reads as follows (English translation): “The international sale of goods supports a peace project between Nations. Ninety-four of them share today the same body of substantive rules largely governing the formation and the performance of contracts for the sale of goods as diverse as wine and children’s toys. This uniform law is supported by the United Nations Convention concluded in Vienna on April 11, 1980 (the CISG), which celebrates in 2020 its forty years. This anniversary could not go unnoticed. Few are the instruments on international harmonization that are coming at the age of maturity with such unparalleled authority and vitality. In addition to the constant expansion of its geographical scope of application through the increasing number of accessions, its influence on modernization of certain domestic contract laws, such as the recent legislative reform passed in France, attests to its importance. This can also be measured by the always fascinating questions that arise regarding its existence, its content and its application. Some of them will deserve a sharp analysis, sometimes renewed by those who are participating in this commemorative dossier. Thus, crucial to the success of the Convention – the uniform interpretation remains a challenge, while European Union law recognizes an unexpected importance to the Convention. Also, the CISG’s application still seems to be threatened by the silence of the contractors, while the Convention has dangerous liaisons with the French action directe. The links are no less complex between the foreclosure period and the deadline prescription period, while interest rates reveal unresolved issues. Last but not least, poignant current events call for a reinterpretation of the notion of impediment to perform”.

The dossier contains the following articles (titles have been translated into English):

The challenge of uniform interpretation, by Claude Witz (Saarland University)

The CISG’s articulation with the European Union Law, by Cyril Nourissat (University of Lyon 3)

The Vienna Convention and the action directe:  back on dangerous liaisons, by Etienne Farnoux (University of Strasbourg)

The links between the foreclosure period and the deadline prescription period (about CISG’s Article 39), by Marc Mignot (University of Strasbourg)

The issue of interest rates on arrears, by Franco Ferrari (New York University)

For a reinterpretation of the concept of impediment to perform, by Ludovic Pailler (University of Lyon 3)

The full table of contents is available here (in French). 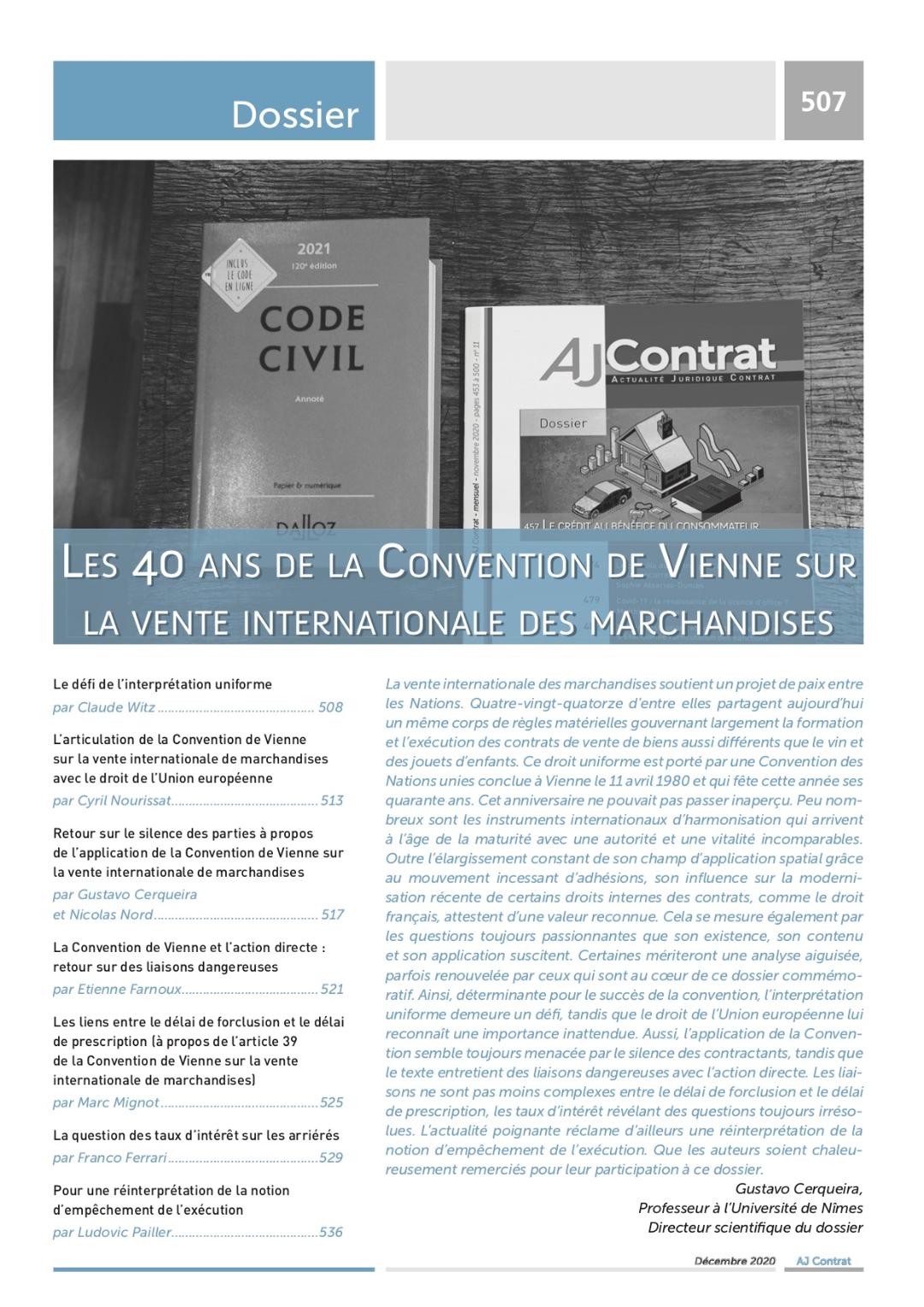 The Chronology of Practice: Chinese Practice in Private International Law in... Autonomous v. Nationalistic Interpretation of the 1958 New York Convention
Scroll to top