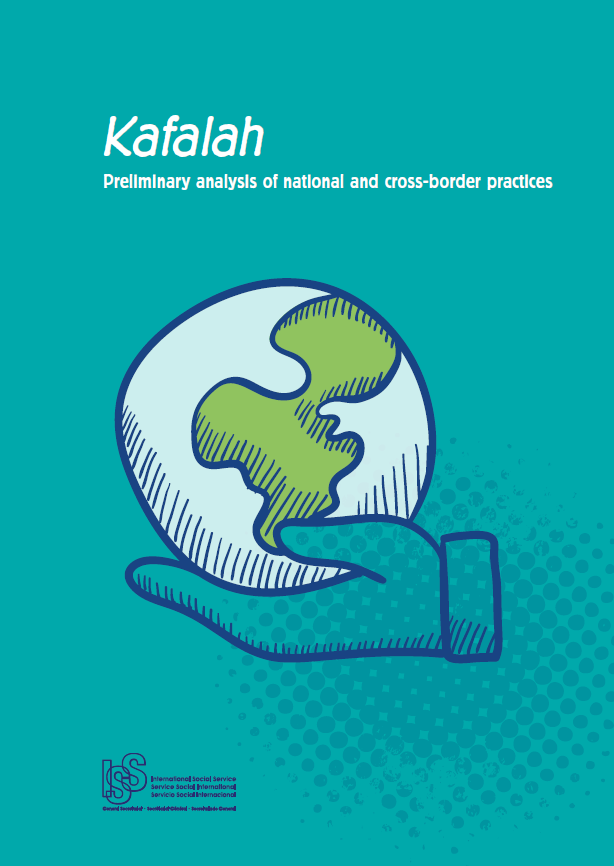 For a general overview of the ISS and its relationship with PIL, see our previous post “The Role of the International Social Service in the History of Private International Law,” written by Roxana Banu.

Below is a summary of the publication “KAFALAH – Preliminary analysis of national and cross-border practices” based on the foreword drawn up by Hans van Loon, Member of the Institut de Droit International and Former Secretary General of the Hague Conference on Private International Law, and Hynd Ayoubi Idrissi, Professor of Law at the Université Mohammed V and Member of the United Nations Committee on the Rights of the Child.

By way of background, please note the difference between adoption and kafalah. As stated in this publication: “the very essence of adoption is the creation of a stable legal and social filiation bond between the adoptee and his/her adoptive  parent(s)  and  (in  full  adoption)  the  cessation  of  the biological bond with the family of origin. From a Western perspective,  this  is  the  main  criterion  for  differentiating  between  adoption  and  kafalah.  From the perspective of countries whose legal systems are based on or influenced by Sharia, despite the specificities of each country, reference is often made to a common approach to adoption – that is, its prohibition.”  (p.15). As to its meaning, “Kafalah is a child protection measure in countries whose legal systems are based on or influenced by Islamic law (Sharia […]). Its effects vary greatly from one country to the next” (p. 4).

Despite its modest title, this publication covering 222 pages is a unique and undoubtedly one of the most extensive studies carried out on the institution of the kafalah (also spelled kafala). The kafalah is widely applied in countries whose legal system is based on or influenced by Sharia law. For those countries (except for a minority that also recognise adoption) kafalah is the preeminent child care measure for children without a family environment or with one that is at risk of breakdown. Although the kafalah increasingly interacts with the legal systems of Western countries, it is not well-known or understood in Europe, the Americas, Australia and New Zealand. The impetus of this study came from the practical experience of ISS’s International Reference Centre for the Rights of Children Deprived of the Family at the International Social Service (ISS/IRC), which showed that this lack of understanding can seriously affect children deprived of parental care in cross-border situations.

Following the introduction, Part I sets the international scene of kafalah. An important step to greater international recognition of this institution as an alternative care measure for children deprived of their families was the specific reference to kafalah in the Convention on the Rights of the Child (1989), followed by its inclusion as a child protection measure in the Hague Child Protection Convention (1996) and the UN Guidelines on the Alternative Care of Children (2009). Part I then continues analyzing the various forms, structures and functions of kafalah, comparing it to other protection measures such as adoption, and noting the Western perspective on kafalah.

Part II provides an extensive and detailed overview of the implementation of kafalah and analogous institutions in countries whose legal system is based on or inspired by Sharia law, with in-depth studies on Egypt, Iran, Iraq, Jordan, Morocco, Pakistan, Sudan, Djibouti, Lebanon, Malaysia, and Tunisia, and practical comments and suggestions by ISS/IRC for each State.  It analyses the many social problems surrounding kafalah in these States, several of which have very large populations (e.g., Indonesia, Pakistan, Egypt, Iran) or must deal with large numbers of displaced or refugee families and children (e.g., Iraq, Lebanon). Many of these countries are facing poverty, lack of adequate infrastructures for the protection of children and families, stigmatization of single mothers, child abandonment, and child labour, among others. A Technical Note provided by ISS/IRC mentions many ongoing efforts to regulate kafalah in order to better protect children’s rights, and suggests a number of issues to consider, offering practical tools to national stakeholders, including a compelling case study on “Preventing unjustified family separation”.

Part III addresses the recognition of kafalah and analogous institutions in “receiving States”. It starts with a Case Study on “The crucial questions to ask oneself as a professional in a receiving State”, when confronted with a kafalah issue, with alternative suggestions for possible approaches. Then follow: a discussion of the principle of subsidiarity in cross-border kafalah placements; “Considerations about the (non)-applicability of the 1993 Hague Convention to cross-border kafalah placements” by Laura Martínez-Mora (Secretary at the Hague Conference); and a discussion of the 1996 Hague Convention on Child Protection as an international framework for cross-border kafalah. See in particular the interview with Hans van Loon “4. The 1996 Hague Convention on Child Protection: An international framework for cross-border kafalah?,” which provides an insight into the interaction between Kafalah and the modern Hague Children Conventions (pp. 135-137).

Part III concludes with a comprehensive analysis of the treatment of kafalah in several receiving States: Australia, Belgium, Denmark, France, Germany, Italy, New Zealand, Norway, Spain, Switzerland, and the United States of America. Like Part II, Part III concludes with a Technical Note with a summary of positive trends as well as common challenges regarding the kafalah in receiving States, during the four different stages of (1) the pre-placement process; (2) the decision to establish a Kafalah; (3) the transfer of the child and immigration considerations; and (4) the treatment of the kafalah in the receiving State and post-placement considerations.

The study concludes with four Annexes and an extensive bibliography (see in particular Annex IV).

Annex I: Historical and contemporary considerations on Sharia Law, by M. Keshavje Mohammed, a renowned international specialist on cross cultural mediation, offers helpful background insights on the legal systems where kafalah is practiced.

Annex II: International case law relating to kafalah provides an overview and analysis of cases dealt with by the European Court of Human Rights and the UN Committee on the Rights of the Child.

Annex IV: Tools to foster strengthened cross-border cooperation. This Annex suggests and develops the possibility of strengthening cooperation between kafalah and non-kafalah States through a bilateral agreement. To that end it presents (1) a Checklist for the establishment of such a bilateral agreement: how to ensure better protection of children placed abroad under a kafalah in (and beyond) the context of the 1996 Hague Convention, and (2) a Model for the establishment of such an agreement regarding the cross-border placement of children in a foster family or institution, or their provision of care by kafalah or an analogous institution. It offers one Model for States that are both bound by the 1996 Hague Convention, and another, more extensive, one for States that are not both bound by the 1996 Hague Convention.