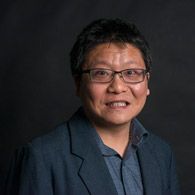 On 25th November 2021, the English Law Commission published its Advice to Government on smart legal contracts. While the English Law Commission is anticipating launching in mid-2022 a project to review conflict of law rules to emerging technology, in Chapter 7 of this Advice, it discusses issues relevant to the jurisdiction of English courts concerning smart legal contracts. The term ‘smart legal contracts’ is explained at paragraph 2.11 of the Advice as: “legally binding contracts in which some or all of the contractual obligations are defined in and/or performed automatically by a computer program”.

In England, whether a court will have jurisdiction over a contractual dispute depends on either a party’s presence or domicile or by how or where a contract is formed. The English Law Commission found that identifying a party’s identity, presence, or domicile in the context of smart legal contracts can be problematic because parties can use pseudonyms in transactions on a distributed ledger. Concerning the place where the contract is formed, this depends upon the type of smart legal contracts in question. For smart legal contracts agreed upon in natural language but with automated performance, the place of formation can be determined by the normal rules of contract formation with reference to the natural language negotiations. For solely code smart legal contracts, a further distinction needs to be made between a unilateral one (whereby a party uses code on a distributed ledger and the other party acts upon) and a bilateral one (whereby a party uses a computer program on a distributed ledger to make an offer which is then accepts by a computer program deployed by the counter party). In case of a unilateral one, uncertainty exists because the place can be either a place where the other party performs the act pursuant to the deployed code or a place where acceptance is communicated to the offeror or there may be other potential places. For a bilateral one, the place can be either the place where the offeree is when his computer program accepts the offer, or it might be where the offeree is when the acceptance is communicated to the offeror. Or such place may be where the offeror is when the acceptance takes place or where the offeror is when the acceptance is communicated. Alternatively, the place of formation may be determined by the location of certain numbers of participating nodes. For hybrid smart legal contracts where terms are defined in natural language as well as defined in code, if such contracts are taken to be formed when the parties sign natural language terms, then there is no new complexity. On the other hand, if they are taken to be formed when coded terms are deployed, then same complexity in the context of solely code smart legal contracts arises. On either form, there will be more complexity due to multi-party arrangements as well as due to the nature of the distributed ledger technology itself. The English Law Commission ultimately was of the view that a bespoke principle to identify the place of formation of smart legal contracts should be developed. Parties are also encouraged to embed a jurisdiction clause in their smart legal contract. A possibility that the jurisdiction may be based upon the location of an agent was also considered. On this, a computer coder engaged to produce coded terms for a smart legal contract is taken to be an agent.

At times, an applicable law to contract may constitute a basis for establishing the court’s jurisdiction. On this, the English Law Commission pointed out that parties cannot choose a platform protocol as a governing law since this is not a “law” of a particular country as in Article 3(1) of the Rome I Regulation, which the English choice of law rules are still based upon. Nevertheless, the parties can incorporate the platform protocol as terms in their contract. While it will be difficult for parties to include a coded choice of law clause in their contract, the parties are advised to include a comment or other natural language provision so to stipulate the choice of law. In the absence of the express choice, Article 4(1) of the Rome I Regulation set out rules to determine the applicable law in certain types of contracts. The English Law Commission did not view these connecting factors to create any novel problem. Yet, the difficulty lies in identifying counter parties. In the absence of specific rules in Article 4(1), in Article 4(2), the applicable law is determined by the place of characteristic performance. In this context the characteristic performer is “the person that, but for the automation, would have performed the obligation that is characteristic of that type of contract, even if the actual performance of that duty is automated”. Failing this, the closest connection as per Article 4(3) and (4), this can be drawn from several connecting factors (no.7.92):

On Digitalisation of Judicial Cooperation and Access to Justice: The Commission... Online Conference: “Human Mobility Becomes ‘Unwanted’ Migration When Meeting...
Scroll to top