In what appears to be a rather straightforward extension of the Court’s earlier decisions in Cases C-498/16 Schrems and C-208/18 Petruchová, the CJEU held last week in Case C-774/19 Personal Exchange that a natural person contracting with the operator of an online gambling service remains a consumer in the sense of Article 15 of Regulation 44/2001 (Brussels I; now Article 17 of Regulation 1215/2012 (Brussels Ia)) even if they use it for many hours a day and make their living from it.

The question was referred in the context of a dispute between a user and the operator of a gambling website, concerning the alleged violation of certain rules by the user and the subsequent deletion of their account by the operator. The user, who had been playing about 9 hours of online poker per weekday for several years and won considerable sums of money from it, had brought an action in Slovenia although the contract, which the user had agreed to upon registration on the website, contained an exclusive jurisdiction clause in favour of Malta. As the defendant had not disputed that the service had been directed to Slovenia in the sense of Article 15(1)(c) Brussels I, the validity of the jurisdiction clause under Article 17 Brussels I (now Article 19 Brussels Ia) depended entirely on whether or not the user could still be considered a consumer in the sense of Article 15. 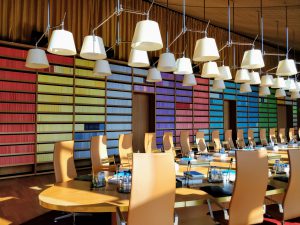 terpretation of Articles 15–17 (para. 24) and on the need to look at the purpose of the contract in question (para. 31), the rest of the decision consists entirely of a discussion of whether the claimant may have lost (“peut se voir refuser”) the quality of a consumer for the different reasons invoked by the defendant. According to the Court, this was not the case, neither in light of the sums earned by the claimant (paras. 33–36; as already decided in Petruchová) nor in light of their expertise (paras. 37–40; as already decided in Schrems). While the Court acknowledges the need for a dynamic interpretation of Article 15 (paras. 41–42), by which a party entering into a contract as a consumer could theoretically lose this status at a later point in the contractual relationship, the need for predictability prevents the consideration of the aforementioned factors.

In what Geert van Calster rightly describes as a confusing reference to substantive consumer law, the Court then also discusses to what extent the frequency and volume of the activity must be taken into account (paras 43–49). Seemingly seeking to align its decision with the one in Case C-105/17 Kamenova, where these factors had been considered, the Court qualifies it by holding that the claimant consumer does not lose this quality as long as they do not offer their services as a poker player for remuneration or formally register them.