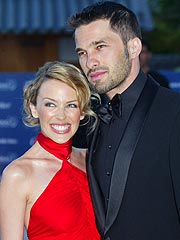 The Grand Chamber of the European Court of Justice has delivered today its joint judgment in E-Date Advertising and Martinez (Cases C-509/09 and C-161/10). We had reported earlier on the Advocate General’s opinion.

In these cases, the ECJ was asked two important questions.

Internet and Infringement of Personality Rights

The first question was concerned with the interpretation of Article 5.3 of the Brussels I Regulation in cases of alleged infringement of personality rights by means of content placed online on an internet website. Article 5.3 grants jurisdiction to the court of the place where the harmful event occurred or may occur. In Fiona Shevill, the Court had held that victims of defamation by means of newspapers could sue the publisher either for the whole harm suffered in the country where the publisher is established, or in countries where the newspaper was distributed, but only for compensation of the harm suffered in the relevant country.

Were these criteria to be adapted in cases where internet was the media used by the alleged tortfeasor? The Court ruled:

48 The connecting criteria referred to in paragraph 42 of the present judgment must therefore be adapted in such a way that a person who has suffered an infringement of a personality right by means of the internet may bring an action in one forum in respect of all of the damage caused, depending on the place in which the damage caused in the European Union by that infringement occurred. Given that the impact which material placed online is liable to have on an individual’s personality rights might best be assessed by the court of the place where the alleged victim has his centre of interests, the attribution of jurisdiction to that court corresponds to the objective of the sound administration of justice, referred to in paragraph 40 above.

49 The place where a person has the centre of his interests corresponds in general to his habitual residence. However, a person may also have the centre of his interests in a Member State in which he does not habitually reside, in so far as other factors, such as the pursuit of a professional activity, may establish the existence of a particularly close link with that State.

E-Commerce Directive and Choice of Law

The German supreme court for civil matters had also interrogated the ECJ on the impact of the 2000 E-Commerce Directive on choice of law. Although Article 1-4 of the Directive provides that the Directive “does not establish additional rules on private international law”, Article 3-2 provides:

2. Member States may not, for reasons falling within the coordinated field, restrict the freedom to provide information society services from another Member State.

It has therefore long been wondered whether Art. 3-2 did in fact establish a choice of law rule providing for the application of the law of the service provider (ie in defamation cases the law of the publisher) or, at the very least, whether Article 3-2 imposes on Member states to amend their choice of law rules insofar as they would stand against the European freedom of service.

The Court ruled that Article 3.2 does not create a choice of law rule:

61 In that regard, it must be noted, firstly, that an interpretation of the internal market rule enshrined in Article 3(1) of the Directive as meaning that it leads to the application of the substantive law in force in the Member State of establishment does not determine its classification as a rule of private international law. That paragraph principally imposes on Member States the obligation to ensure that the information society services provided by a service provider established on their territory comply with the national provisions applicable in the Member States in question which fall within the coordinated field. The imposition of such an obligation is not in the nature of a conflict-of-laws rule designed to resolve a specific conflict between several laws which may be applicable.

62 Secondly, Article 3(2) of the Directive prohibits Member States from restricting, for reasons falling within the coordinated field, the freedom to provide information society services from another Member State. By contrast, it is apparent from Article 1(4) of the Directive, read in the light of recital 23 in the preamble thereto, that host Member States are in principle free to designate, pursuant to their private international law, the substantive rules which are applicable so long as this does not result in a restriction of the freedom to provide electronic commerce services.

63 It follows that Article 3(2) of the Directive does not require transposition in the form of a specific conflict-of-laws rule.

Yet, the Court ruled private international law should not stand in the way of the European freedom of service of e-commerce service providers:

66 In relation to the mechanism provided for by Article 3 of the Directive, it must be held that the fact of making electronic commerce services subject to the legal system of the Member State in which their providers are established pursuant to Article 3(1) does not allow the free movement of services to be fully guaranteed if the service providers must ultimately comply, in the host Member State, with stricter requirements than those applicable to them in the Member State in which they are established.

67 It follows that Article 3 of the Directive precludes, subject to derogations authorised in accordance with the conditions set out in Article 3(4), a provider of an electronic commerce service from being made subject to stricter requirements than those provided for by the substantive law in force in the Member State in which that service provider is established.

2. Article 3 of Directive 2000/31/EC of the European Parliament and of the Council of 8 June 2000 on certain legal aspects of information society services, in particular electronic commerce, in the Internal Market (‘Directive on electronic commerce’), must be interpreted as not requiring transposition in the form of a specific conflict-of-laws rule. Nevertheless, in relation to the coordinated field, Member States must ensure that, subject to the derogations authorised in accordance with the conditions set out in Article 3(4) of Directive 2000/31, the provider of an electronic commerce service is not made subject to stricter requirements than those provided for by the substantive law applicable in the Member State in which that service provider is established.