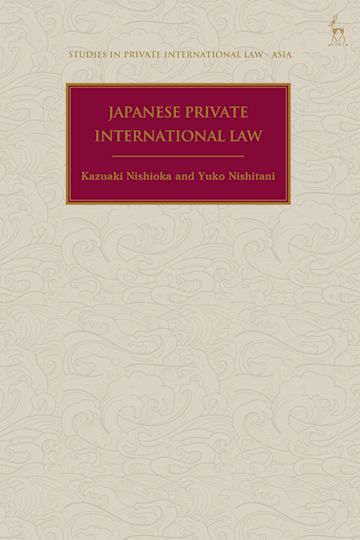 The blurb reads: “The chapters systematically cover the whole of Japanese private international law, not just questions likely to arise in commercial matters, but also in family, succession, cross-border insolvency, intellectual property, competition (antitrust), and environmental disputes. The chapters do not merely cover the traditional conflict of law areas of jurisdiction, applicable law (choice of law), and enforcement. The chapters also look into conflict of law questions arising in arbitration and assess Japanese involvement in the global harmonisation of private international law. In addition to summarising relevant principles and scholarly views, the authors discuss case law whenever possible and identify deficiencies and anticipate difficulties in the existing law. The book thus presents the Japanese conflict of laws through a combination of common and civil law analytical techniques and perspectives, providing readers worldwide with a more profound and comprehensive understanding of the subject.”

For those who are particularly interested in unified or harmonized global PIL Chapter 6, still rather short (pp. 258 – 262), is recommended, dealing with Japan’s role in the works of the HCCH, UNICTRAL and UNIDROIT. For all others who are interested in comparative private international law, this book is an indispensable tool  and combines most valuable information with most thorough analysis. The text is precisely structured which helps a lot to find one’s way directly to the issue in question. It also covers international alternative dispute resolution, in particular arbitration and mediation. The book is an admirable cooperative effort between Dr Kazuaki Nishioka (full text draft) and Professor Yuko Nishitani (comments and revision), as is explained in the foreword. 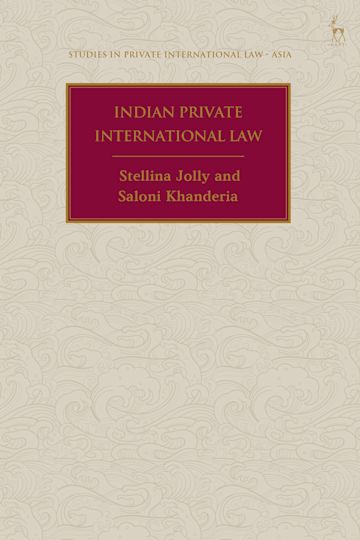 The blurb reads: “This book provides an authoritative account of the evolution and application of private international law principles in India in civil commercial and family matters. Through a structured evaluation of the legislative and judicial decisions, the authors examine the private international law in the Republic and whether it conforms to international standards and best practices as adopted in major jurisdictions such as the European Union, the United Kingdom, the United States, India’s BRICS partners – Brazil, Russia, China and South Africa and other common law systems such as Australia, Canada, New Zealand, and Nepal.

Divided into 13 chapters, the book provides a contextualised understanding of legal transformation on key aspects of the Indian conflict-of-law rules on jurisdiction, applicable law and the recognition and enforcement of foreign judgments or arbitral awards. Particularly fascinating in this regard is the discussion and focus on both traditional and contemporary areas of private international law, including marriage, divorce, contractual concerns, the fourth industrial revolution, product liability, e-commerce, intellectual property, child custody, surrogacy and the complicated interface of ‘Sharia’ in the conflict-of-law framework.

The book deliberates the nuanced perspective of endorsing the Hague Conference on Private International Law instruments favouring enhanced uniformity and predictability in matters of choice of court, applicable law and the recognition and enforcement of foreign judgments.

The book’s international and comparative focus makes it eminently resourceful for legislators, the judges of Indian courts and other interested parties such as lawyers and litigants when they are confronted with cross-border disputes that involve an examination of India’s private international law. The book also provides a comprehensive understanding of Indian private international law, which will be useful for academics and researchers looking for an in-depth discussion on the subject.” Saloni Khanderia is of course known to CoL readers as one of the blog’s editors.