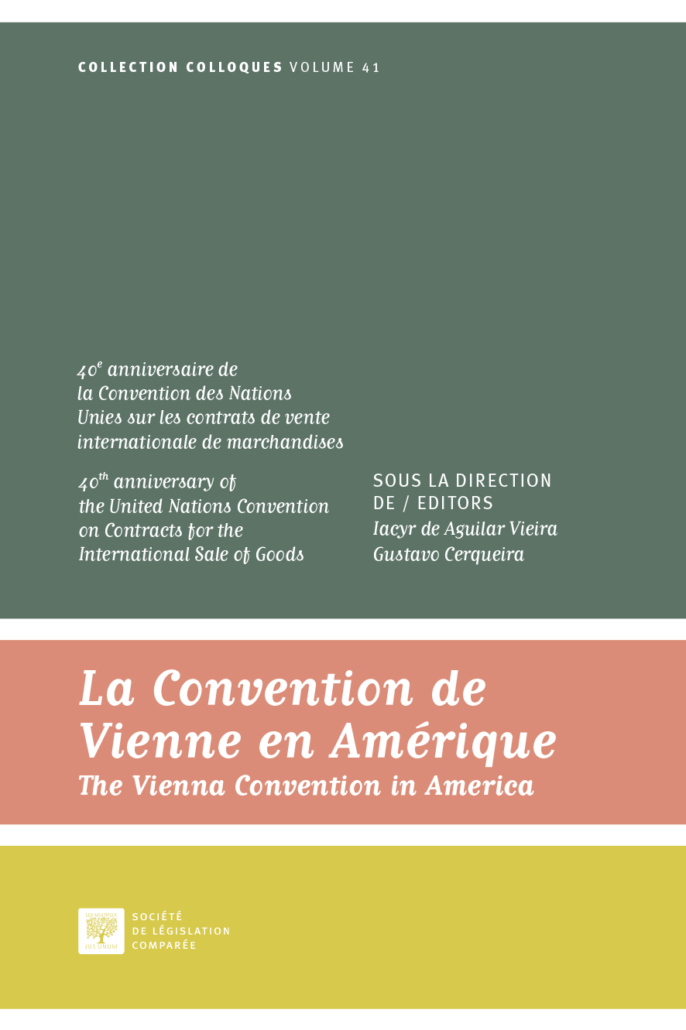 To celebrate the 40th anniversary of the Vienna Convention on Contracts for the International Sale of Goods, the Latin American section of the Société de législation comparée has published this book to present the Convention’s current state of application in different American countries, as well as to evaluate its influence on domestic sales laws.

This book seeks to provide a better understanding of how the Convention is being applied in American countries and by doing so, supports the efforts towards its uniform application. Concerning the more specifics private international law issues, the numerous analyses relating to the applicability of the Convention and to the subsidiary application of national law offer very interesting insights into the conflict of laws systems of Contracting States in this part of the world. A comparative approach concludes the volume.

This book offers the perfect opportunity to compare the Vienna Convention’s implementation in American States and to benefit from the view of American scholars on this universal instrument for the uniformization of sales of goods.

This publication is meant for both scholars and lawyers in the field of international trade.