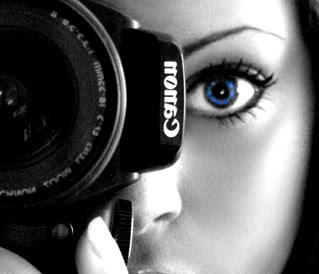 On March 15th, the European Court of Justice ruled again on the defendants with unknown domicile in G v. Cornelius de Visser. The Court had already addressed the issue in its Lindner case last year.

In de Visser, the plaintiff was a woman who had asked de Visser to take pictures of her, including one where she did not wear much cloth. De Visser later published the picture on his German website. The plaintiff argued that she had never agreed to this, and sued in Germany. But she was unable to determine where the domicile of de Visser might be.

Applicability of the Brussels I Regulation

The first issue that whether the Brussels I Regulation applied in a case where the domicile of the defendant was unknown. In Lindner, the court had issued a ruling with a very limited scope: consumers who had concluded long-term mortgage loan contracts, and who had agreed to inform the other party of any change of addresses. The de Visser court is courageaous enough to issue what seems to be a general ruling. The Brussels I Regulation applies when the domicile of the defendant is unknown provided that he is a national from a Member state, and that no “firm evidence” of a domicile outside of the EU has been adduced. In other words, EU nationals are presumed to have their domicile in the EU.

40 Secondly, the expression ‘is not domiciled in a Member State’, used in Article 4(1) of Regulation No 44/2001, must be understood as meaning that application of the national rules rather than the uniform rules of jurisdiction is possible only if the court seised of the case holds firm evidence to support the conclusion that the defendant, a citizen of the European Union not domiciled in the Member State of that court, is in fact domiciled outside the European Union (see, to that effect, Hypote?ní banka, paragraph 42).

41 In the absence of such firm evidence, the international jurisdiction of a court of a Member State is established, by virtue of Regulation No 44/2001, when the conditions for application of one of the rules of jurisdiction laid down by that regulation are met, including in particular that in Article 5(3) thereof, in matters relating to tort, delict or quasi-delict.

Interestingly enough, the nationality of de Visser was only “probably” that of a Member state. The Court still concludes:

1. In circumstances such as those in the main proceedings, Article 4(1) of Council Regulation (EC) No 44/2001 of 22 December 2000 on jurisdiction and the recognition and enforcement of judgments in civil and commercial matters must be interpreted as meaning that it does not preclude the application of Article 5(3) of that regulation to an action for liability arising from the operation of an Internet site against a defendant who is probably a European Union citizen but whose whereabouts are unknown if the court seised of the case does not hold firm evidence to support the conclusion that the defendant is in fact domiciled outside the European Union.

The lack of information on the domicile of de Visser also created problem from a choice of law perspective. Visser was a service provider. He thus enjoyed a European freedom to provide service outside of his Member state of establishment. Thanks to the Directive on eCommerce, this meant that he might have been entitled to avoid the application of the lex loci delicti if that law were more restrictive than the law of the place of his establishment. But it was unclear where he was established. In such a case, could he argue in favour of the law of his nationality instead of the law of his unknown domicile?

No. The Court rules that in the absence of a proven establishment in the EU, European law simply does not apply. Well, domicile in the EU is also a requirement for applying the Brussels I Regulation, isn’t it? The Court does not care to explain how these two outcomes can be reconciled.

70 In that regard, it is clearly apparent from the judgment in eDate Advertising and Others that the establishment of the provider in another Member State constitutes both the reason for and the condition for application of the mechanism laid down in Article 3 of Directive 2000/31. That mechanism seeks to ensure the free movement of information society services between Member States by making those services subject to the legal system of the Member State in which their providers are established (eDate Advertising and Others, paragraph 66).

71 Since application of Article 3(1) and (2) of that directive is thus subject to the identification of the Member State in whose territory the information society service provider is actually established (eDate Advertising and Others, paragraph 68), it is for the national court to ascertain whether the defendant is actually established in the territory of a Member State. In the absence of such establishment, the mechanism laid down in Article 3(2) of Directive 2000/31 does not apply.

2. European Union law must be interpreted as meaning that it does not preclude the issue of judgment by default against a defendant on whom, given that it is impossible to locate him, the document instituting proceedings has been served by public notice under national law, provided that the court seised of the matter has first satisfied itself that all investigations required by the principles of diligence and good faith have been undertaken to trace the defendant.

4. Article 3(1) and (2) of Directive 2000/31/EC of the European Parliament and of the Council of 8 June 2000 on certain legal aspects of information society services, in particular electronic commerce, in the Internal Market does not apply to a situation where the place of establishment of the information society services provider is unknown, since application of that provision is subject to identification of the Member State in whose territory the service provider in question is actually established.