The Hague Academy has canceled its summer courses for 2020 and will hold them in the summer of 2021. The announcement, including a video message from the Secretary-General, is here. Moving the program online was rejected because students would not get the special experience of being in the Hague. The promise of other videos to posted on a new website will be only insufficient comfort.

The only prior time that the courses were canceled was World War II. It is sad news for countless students who were looking forward to the courses, for the (excellent) scholars who have prepared their courses, and for the discipline of private international law, which benefits from this regular event. The decision against bringing together students from all the world to one physical space seems eminently rational, and has been made with enough time for participants to adapt plans. The decision against holding the courses online may raise more mixed responses. 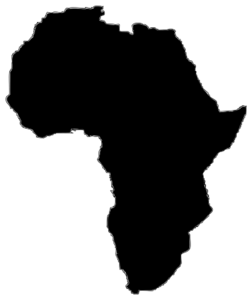 After Chukwuma Okoli’s, recent post, on this blog, on African Private International Law, Lise Theunissen, who is currently a legal intern at the Hague Conference, now has a blogpost at afronomicslaw on the harmonization of Private International Law in the African Union. Add to that Justin Monsenepwo’s recent articles on legal unification at OHADA  and on the impact of the Hague Principles of Choice of Law on OHADA, and you start gaining the impression that interest in African private international law is growing – a good thing, undoubtedly.

The project on Gender and Private International Law (GaP) at the Hamburg Max Planck Institute, jointly organized by Ivana Isailovic and Ralf Michaels, will end the academic year with a bang! After the inaugural workshop (see Asma Alouane’s report here) and three successful reading sessions in the fall, there will be a whole day workshop with three themes and six fabulous conveyors who will enable a truly crossdisciplinary event.
A call for applications to take part is here. The deadline has been extended to February 15. Note that some travel and accommodation money is available for emergent scholars!

Before the two years of the transition regime that the OAS Charter provides for cases of retirement from the Organization (art. 143), on 8 February 2019, Juan Guaidó, president of the National Assembly and interim president of the Republic, wrote to the OAS to “reiterate and formally express the decision of the Venezuelan State to annul the supposed denunciation of the OAS Charter, for Venezuela to be able to remain a member state of the Organization.”  Read more...

TRANSNATIONAL EFFECTIVENESS OF LAW: Recognition and enforcement of foreign judgments, arbitral awards and other acts

On 21 and 22 November 2019, the 13thASADIP Annual Conference took place in Punta del Este (Uruguay) with the participation of more than 30 international speakers from several jurisdictions and over 130 attendees, mostly from the Latin American region, but also from North America and Europe. The theme of the conference was the Transnational Effectiveness of Law:Recognition and Enforcement of Foreign Judgments, Arbitral Awards and other Acts;  Read more...

We are excited to announce the launch of a new transdisciplinary research project,  Gender and Private International Law (GaP), based at the Max Planck Institute for Comparative and International Private Law (MPI).

This project is born out of a sense of scholarly and political urgency in a rapidly shifting world, where both conversations about gender equality and a powerful backlash against gender and LGBTQI justice are on the rise. Unlike other legal fields, private international law (“PIL”) has for the most part been absent from this conversation, with some rare (here, here & here) exceptions (see also the panel on women & PIL). The field is almost never analyzed using the concept of ‘gender’, or using methodologies and ideas developed by gender studies scholars. Similarly, scholars working on gender and the law tend to overlook how PIL regulates gender and distributes power and privilege at the transnational level. Transnational studies focusing on gender, often prioritize human rights analyses, or cultural issues, ignoring how PIL techniques and practices interact with identity, and negotiate differences.  Read more...

A half-day Conference at the Max Planck Institute in Hamburg, jointly convened by Ralf Michaels (Max Planck) and Verónica Ruiz Abou-Nigm (Edinburgh) will look at the (renewed) role of academia in Latin American Private International Law. Participants will come from several Latin American countries, as well as from the Institute.
More information and the program are here. The conference takes place on September 10, 13:00-17:30. Registrations by email at veranstaltungen@mpipriv.de

Thank you to everyone who responded to the call for paper. For those who were not yet ready, the deadline has been extended to May 17.