Out now: Recognition and Enforcement of Judgments in Civil and Commercial Matters

This book is published as part of Hart’s Studies in Private International Law- Asia series. It is edited by Anselmo Reyes who is a Guest Professor at the Law Faculty of Doshisha University  and an International Judge of the Singapore International Commercial Court.

“This collection offers a study of the regimes for the recognition and enforcement of foreign commercial judgments in 15 Asian jurisdictions: mainland China, Hong Kong, Taiwan, Japan, Korea, Malaysia, Singapore, Thailand, Vietnam, Cambodia, Myanmar, the Philippines, Indonesia, Sri Lanka and India. For practising lawyers, the book is intended as a practical guide to current law and procedures for enforcing judgments in the selected jurisdictions. However, it does not stop at describing current law and practice. Of interest to academics and students, it also analyses the common principles of the enforcement regimes across the jurisdictions, and identifies what should be regarded as the norm for enforcement in Asian countries for the purpose of attracting foreign direct investment and catalysing rapid economic development.  Read more...

In IM Skaugen SE v MAN Diesel & Turbo SE [2018] SGHC 123, the Singapore High Court had the occasion to discuss and resolve various meaty private international law issues. The facts concerned the alleged negligent or fraudulent misrepresentation by the defendants on the fuel consumption of a specific model of engine that was sold and installed into ships owned by the plaintiffs. The issue before the court was whether the Singapore courts had jurisdiction over the misrepresentation claim. The defendants were German and Norwegian incorporated companies so the plaintiffs applied for leave to serve the writ out of Singapore. This entailed fulfilling a 3 stage process, following English common law rules: (1) a good arguable case that the case falls within one of the heads set out in the Rules of Court, Order 11, (2) a serious issue to be tried on the merits, and (3) Singapore is forum conveniens on applying the test set out in The Spiliada [1987] AC 460. Stages (1) and (3) were at issue in the case.  Read more... 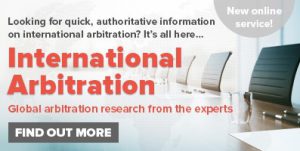 “The Chinese perspective on The South China Sea Arbitration, is just one of the 40+ texts searchable on the new online service, International Arbitration.

The service is made up of content from three respected publishing brands (Hart Publishing, CH Beck-Nomos and Bloomsbury Professional). It provides access to materials by over 60 respected author names with the speed and convenience of online research.

International coverage in depth and breadth

The content covers a broad range of jurisdictions from arbitration centres all over the world including:

Authors and contributors are drawn from leading firms and academic institutions, including:  Read more...

China’s One Belt One Road Initiative and Private International Law 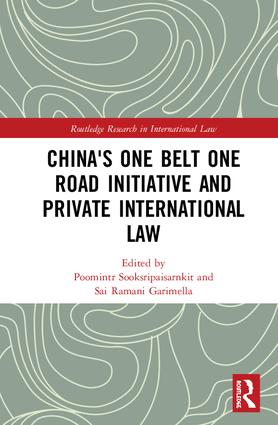 A new book considering the private international law aspects of China’s One Belt One Road Initiative will be out in early June. The publisher’s blurb is below.

China’s One Belt One Road Initiative and Private International Law will soon be released by Routledge. It is available for pre-ordering now at https://www.routledge.com/Chinas-One-Belt-One-Road-Initiative-and-Private-International-Law/Sooksripaisarnkit-Garimella/p/book/9781138563827

Out now: Recognition and Enforcement of Foreign Judgments in Asia

A compendium of country reports on the law on the recognition and enforcement of foreign judgments in ASEAN, Australia, China, India, Japan and South Korea has been published by the Asian Business Law Institute, a research institute based in Singapore. The list of contributors reads as follows:  Read more...