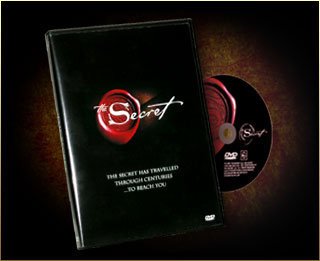 Both proceedings arose out of a dispute concerning a film, and a book based on the film, called The Secret.  Finkelstein J described the film as follows:

The film is a documentary-style narrative presentation of a philosophy known as the “law of attraction”.  It is told through a series of interviews with authors and inspirational speakers. The message is that positive thinking will improve one’s health, wealth and love life.  The film was reviewed in the New York Times. The reviewer said it was “the biggest thing to hit the New Age movement since the Harmonic Convergence”.  Obviously he had in mind the film’s staggering commercial success: gross revenue from the sale of the film has exceeded USD$69.9 million and book sales have brought in more than USD$215.55 million.

The film was produced by an Australian company, which claimed to have been the original copyright owner and to have assigned that copyright to TS Production.  The film was directed by an Australian citizen, Mr Drew Heriot, who claimed to have done so on behalf of his own company, Drew Pictures.  Substantial steps in the production of the film took place in Australia.  At the time of production, Mr Heriot was resident in Australia, though he subsequently moved to the US.

After instituting the US proceedings, Drew Pictures and Mr Heriot sought a stay of the Australian proceedings on forum non conveniens grounds.  For such a stay to be granted, it was necessary that the Australian court be a “clearly inappropriate forum” for the resolution of the dispute, which would be so only if continuance of the Australian proceedings there amounted to “vexation” or “oppression”: see, recently, Puttick v Tenon Ltd (2008) 250 ALR 582; [2008] HCA 54, discussed here.  The primary judge granted the stay.  It was therefore not necessary for the primary judge to consider an application by TS Production for an anti-suit injunction, restraining Drew Pictures and Mr Heriot from prosecuting the US proceedings.

However, as to the anti-suit injunction, the Court split: Gordon J (with whom Stone J agreed) considered that an anti-suit injunction should not be granted; Finkelstein J, in dissent, considered that such an injunction should be granted.  It was accepted by all members of the Court that, since it was not suggested that the US proceedings interfered with the Australian proceedings or that they had been instituted to prevent pursuit of the Australian proceedings, an anti-suit injunction could only be granted where continuance of the US proceedings amounted to “vexation” or “oppression”.  Applying the language adopted by the High Court to explain the concepts of “vexation” and “oppression” in the context of an application for a stay on forum non conveniens grounds, all members of the Court considered that they meant “productive of serious and unjustified trouble and harassment” or “severely and unfairly burdensome, prejudicial or damaging”, and that the mere existence of simultaneous proceedings did not suffice.

Applying these principles, Gordon J considered that while maintaining the simultaneous proceedings may be burdensome, it was not “unjustified” or “unfair” to do so as they concerned different legal rights and remedies.  Her Honour considered that this “restrictive” approach was mandated by the statement of the High Court in CSR Ltd v Cigna Insurance Australia Ltd (1997) 189 CLR 345 at 393; [1997] HCA 33 that an anti-suit injunction can be granted “only if there is nothing which can be gained by [the foreign proceedings] over and above what may be gained in local proceedings”, as where there is “complete correspondence” between the foreign and local proceedings.

In contrast, Finkelstein J considered that it was sufficient that the two sets of proceedings here had an overlapping factual dispute, notwithstanding the different legal rights asserted in each proceeding.  He considered that the High Court in CSR did not intend to narrow the test from that of “vexation” and “oppression”, in the relevant sense.  That test was made out here, as there was no reason to put the parties to the inconvenience of having two trials to resolve the one issue.  Since the Australian proceedings were instituted first, the Australian court should resolve the dispute and, subsequently, the US proceedings could continue.

It remains to be seen whether the parties seek special leave to appeal to the High Court.

Next post: Australian difficulties for “service of suit” clauses in insurance contracts