Dirty Dancing and Stays of Proceedings

A recent judgment of the NSW Supreme Court is as noteworthy for its name and subject-matter as it is for the legal principles involved; namely stay of proceedings on the basis of a foreign exclusive jurisdiction clause. 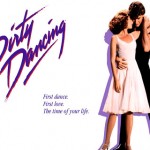 Dance With Mr D Limited v Dirty Dancing Investments Pty Ltd [2009] NSWSC 332 concerned a dispute between producers of, and investors in, the musical “Dirty Dancing” (based on the film of the same name). The dispute turned on the interpretation of two contracts, one of which contained English choice of law and exclusive jurisdiction clauses; the other containing an Australian arbitration clause, the interpretation of which was also in dispute.

In granting a stay, the judge observed that:

“Where parties to a contract have agreed by an exclusive foreign jurisdiction clause to submit to the exclusive jurisdiction of a foreign court, such a clause does not operate to exclude the forum court’s jurisdiction. However, the courts of this country will hold the parties to their bargain, and grant a stay of proceedings, unless the party seeking that the proceedings be heard can show that there are strong reasons against doing so. In considering such an application the court should take into consideration all the circumstances of the particular case, but the application is not to be assimilated to cases where a stay is sought on the principle of forum non conveniens, nor is it a matter of mere convenience. See Huddart Parker Ltd v The Ship “Mill Hill” (1950) 81 CLR 502 at 508 – 509; Oceanic Sun Line Special Shipping Co Inc v Fay (1988) 165 CLR 197; FAI General Insurance v Ocean Marine Mutual Protection and Indemnity Association; Akai Pty Ltd v People’s Insurance Co; Incitec Ltd v Alkimos Shipping Corporation and Anor; Owners of cargo on vessel Eleftheria v Owners of Ship Eleftheria [1969] 2 All ER 641 at 645.”

The Dirty Dancing decision is especially noteworthy in light of the reluctance of Australian courts to stay proceedings on forum non conveniens grounds. It also seems to stand in contrast to the apparently more tepid attitude towards the grant of stays exhibited the High Court in Akai Pty Ltd v People’s Insurance Co.

The Australian newspaper has more details of the commercial and personal background of the dispute here.