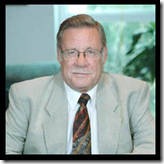 Prof. Peter Hay is one of the most distinguished comparative law scholars in the US. He was Alumni Distinguished Professor of Law and dean at the University of Illinois before joining Emory in 1991.

Dean Hay’s research has focused on the fields of conflict of laws, European Community law, comparative law, contracts and sales, and jurisprudence. From 1994 to 2000 he held, concurrently with his Emory appointment, the chair for Civil Law, Foreign and International Private Law, and Comparative Law at the University of Dresden, Germany, where he served as dean of its law faculty from 1997 to 2000.

The question is hardly new, and the standard answer has usually been a rather undifferentiated, but nonetheless resounding “no”. Both question and answer may bear at least some reexamination.

The great majority of Continental writers follows Kegel’s view of “exequatur sur exequatur ne vaut” (Festschrift Müller-Freienfels 377, 1986, by him attributed to Gavalda, Clunet 1935, 113): “It has always been accepted” that a recognition judgment “cannot … be the object of further recognition …” (Wautelet, in Magnus/Mankowski, eds., Brussels I Regulation, Art. 32 at no. 33 (2007). Only isolated voices disagree, often cautiously and subject to limitations (references in Kegel, at nn. 6 and 10). The ECJ has not addressed the question directly – Owens Bank Ltd. v. Bracco (C 129/92, [1994] ECR 1) did not decide the point, but dealt with matters now addressed by Arts. 27-28 of Brussels I. Advocate General Lenz had, however, examined the question in his Submissions and concluded that the exequatur of an exequatur is not envisioned by the (then) Brussels Convention (id., Submissions at No. 20 et seq.). The recognition – the declaration of enforceability, the exequatur – extends only to the recognizing state’s own territory and not beyond, as confirmed, in his view, by the language of what is now Art. 38(1), that the judgment “has been declared enforceable there” (emphasis added).

It seems axiomatic not to give a judgment greater force than it itself claims. And it is also true that the traditional exequatur only certifies the foreign judgment to be enforceable locally; it neither changes it into a local judgment nor substitutes a local judgment for it or adds one to it. But that is the Continental view of judgment recognition and enforcement. The common law tradition sees it differently. (On accommodation of common law approaches generally, see also this comment by Gilles Cuniberti).

In the common law, a foreign-country judgment is a claim. That claim is enforced (thereby recognized) by a proceeding (the old actio judicati), leading to the issuance of a judgment. In the issuing state, this is a judgment like any other: Dicey/Morris/Collins, Conflict of Laws 570 (14th ed. 2007); Scoles/Hay/Borchers/Symeonides, Conflict of Laws § 24.3 et seq. (4th ed. 2004); Whincop, 23 Mel. U. L. Rev. 416, 424 (1999). This is also the case when a modern registration procedure replaces the common-law suit on a judgment: there is now a local judgment. Dicey/Morris/Collins, supra, at 645-46. If the (local) issuing state does not attribute a different (lesser) effect to the judgment upon the foreign (judgment) claim, why – on what basis – should the present court deny it recognition? Yet it is said that “the same rule [non-recognition, as in the case of an exequatur Continental-style] must apply [in the case of an] actio judicati” (Wautelet, supra at no. 35). Why?

The public policy defense is also relatively narrow under Brussels I (Hay, supra, at I-290 et seq., I-293). An English judgment awarding exemplary damages to an English plaintiff presumably would not be denied recognition in another Member State on public policy grounds. Should an English judgment recognizing an American award of punitive damages in favor of an English plaintiff fare less in another Member State when – presumably – the recognizing English court had concluded that the award was within the ambit of exemplary-damage law and did not offend English public policy?

Kegel wrote (supra at 392), “one trusts one’s friends, but not the friends of one’s friends.” He made the statement in the context of recognition treaties. The recognition command under Brussels I is more than that. It has become, more than the Brussels Convention for which it had been asserted, the EU’s “Full Faith and Credit Clause.” (Bartlett, Int’l & Comp L Q. 24 (1975) 44). As that Clause serves a unifying function in the United States, it should also in the EU: its Members should “trust” each other – in the present context, to have undertaken the proper review of the original judgment before according it recognition. The third-country judgment thereby becomes “transformed” into an EU judgment (for additional discussion, see H. Patrick Glenn, in Basedow et al. (eds.), Aufbruch nach Europa (2001) 705, 709-12, also with respect to the transformation of Mexican judgments in the United States under NAFTA).

The European Small Claims Procedure and the Enforcement Order Regulation – in their limited fields of application – no longer envision exequatur. The Commission favors departing from it generally. Until that happens and to the extent that a state’s action extends recognition to a foreign judgment only to its territory, Brussels I indeed does not require its recognition by another EU state. But this is not because “recognition of a recognition judgment” is not possible, but because the recognition judgment itself claims no greater force: its effect is the same as where rendered. When recognition action does take the form of a judgment, it seems that it should be treated as such: defenses under Brussels I Art. 34 then apply to it and not to the underlying judgment.